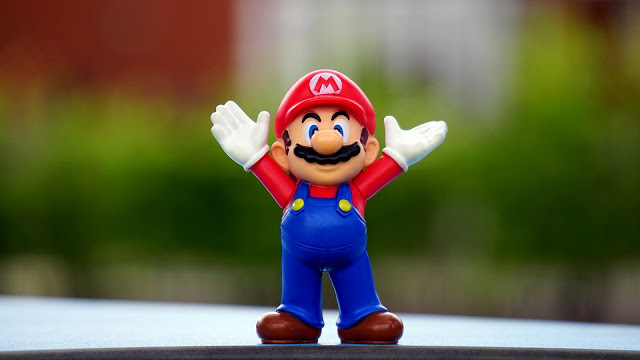 Super Mario Run reputation was brought about by the constant moves used during gameplay. Thus you can jump to navigate and show off a particular stylish/smooth moves, gather coins and reach your goal. However this actions can all be achieved depending on the timing of your taps. Now let’s face it, while Super Mario Run might seem to be fun, there’s also a need to try out other games like Super Mario Run and conclude on which amongst these games is the best after all. Thus after vetting the Google Play Store, we decided to curate a list of some excellent and noteworthy games like Super Mario Run. They’re no doubt probably the best alternatives to Nintendo’s Super Mario Run game for Android. 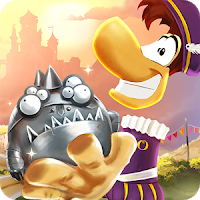 Rayman Adventure brings a wonderful visual that will revamp the way you play Super Mario Run. The gameplay unravel Rayman (the fearless adventurer) and Barbara (his Viking companion) as the main characters. The story narrates an enchanted forest that’s in trouble, after the ancient eggs that sustain the sacred tree have been stolen and scattered across the world. Thus you’ve to set out in search of the Incrediballs’ eggs to breathe new life into the sacred tree. This game brings the same control we’ve seen in Super Mario Run except the fact that their storyline differs. Rayman adventure brings an exciting mix between action and exploration, and while on a mission, you’ve to battle enemy’s such as minotaurs, bandits and many other monsters. Overall this game is fun and it’s the perfect alternative to Super Mario Run. Currently over 10 million people downloaded Rayman adventure from the Google Play Store. 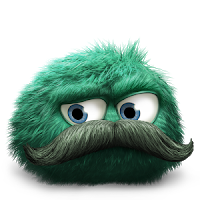 Leo’s Fortune is another masterpiece platformer adventure game for Android device. The
game brings dazzling visuals and moreover it’s insanely gorgeous. If perhaps you haven’t played this game on your phone, then you’re already missing something more adventurous. The game tells a story of a man (Leopold) who just returned home to find out that all his gold has been stolen! For some devious purpose, the thief has dropped pieces of his gold like breadcrumbs through the woods. Despite the pickle traps, he is left with no other choice but to follow the trail. Whatever lies ahead, you must recover his fortune. Leo’s Fortune brings a perfect control that’s suitable for both android and tablets. During gameplay you’ve to journey through the epic world filled with lush environments from mossy forests and arid deserts, to pirate cities and snowy mountains where you’ll hunt down the cunning and mysterious thief that stole your gold. Currently over 500 thousand people downloaded Leo’s Fortune from the Google Play Store. 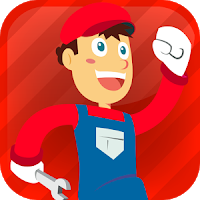 Off all the numerous Android platformer game that has been developed, I’d say that Super plumber run is more identical to the Nintendo’s Super Mario Run. Both game brings the same controls. Once the character automatically starts running, you can press to jump. Super Plumber Run is no doubt a fun and addictive endless running game with a twist. During gameplay, you can easily Run and Jump through a cute and challenging world while avoiding obstacles and smashing your enemies. Just like Super Mario Run, you can collect the bouncing Mushrooms to get bigger and once you collect more of this mushrooms, then you’ll become a giant smashing through every walls without any obstacle. Overall Super Plumber Run brings a a super gameplay, super challenge and it’s super fun!. Currently over 10 thousand people downloaded Super Plumber Run from the Google Play Store. 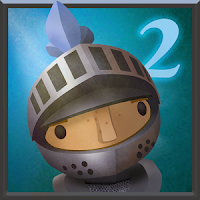 Wind-Up Night 2 is yet another cool and action packed platforming gameplay for Android that sets in a beautiful 3D world. The game brings insidious levels and incredible graphics that will engage you non-stop. This game has similar fighting skills with Super Mario Run, Wind-Up Night 2 unveils a knight fighting his way through walls and jumping over a spike trap while collecting coins. During gameplay you can easily customize your knight armour, engage into side quests and battle into the tournament mode. Also you can use power-ups and items to play your way. Wind-Up Night brings a level filled with suspense and a whole slew of new mechanics. Overall the game will forever revamp the way you play Super Mario Run. Currently over 10 million people downloaded Wind-Up Night 2 from the Google Play Store. 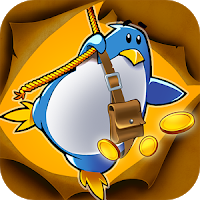 If perhaps you’re looking for the best alternative to Nintendo’s Super Mario Run game, then “Adventure Beaks” should definitely be your number one choice. The game has 90% similarly with Super Mario Run and just like Super Plumber Run, it’s quite addictive and fun to play. Adventure Beaks is the only platformer Android game with a quest to assemble an expedition party of elite penguin adventurers. The game brings a captivating quest where you’ll need to explore ancient ruins and exotic lands on a journey to discover the secret of the Artifacts!. Thus you can run, jump, slide, and dive your way through tricky traps, enemy hoards, and cavernous mazes, all with simple, responsive touch controls. With the 50 tricky levels, 150 mind-blowing missions, 16 brutal challenge, 198 crazy clothing items to dress your penguins with, there’s definitely no way you can finish this game in a hurry. Currently over 1 million people downloaded Adventure Beaks from the Google Play Store.

Nintendo’s Super Mario Run game alternatives are numerous, if you really need something more fun and addictive to play, then the above listed games are definitely the best choice. We’ve seen the visuals the Super Mario Run game unravels, although it’s a bit not as stunning as you might think but the platformer game is as perfect as ever. Super Mario Run refreshes our memories back in the old days and since it’s out for Android, then it’s time to try something that’s better, fun, captivating, addictive and overall brings stunning visuals.

How To Install and Use Microsoft Cortana On Android