Fiddling with your Android phone in an attempt to fix, mend or improve its overall performance may cause your device to end up in bootloop. This issue often occur after flashing a custom ROM or installing a patch on your phone. Hence your device won’t be able to complete its boot sequence and so it will end up restarting itself over and over again or even get stuck on the boot logo. If this ever happens, then know that you’re experiencing what’s called a soft brick and this can be fixed by flashing your phone with any of the best flashing software for Android. So without further ado, here are the best flash tool for Android. 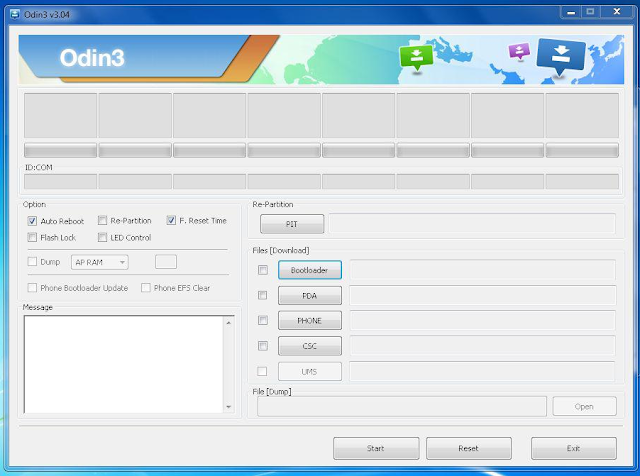 Odin is undoubtedly the best flashing tool that can be use to flash stock ROM and to unbrick a bricked Samsung Galaxy device. The software was originally developed to be used only in the company’s service center but it got leaked to the public and since then it has been serving as a tool that helps users upgrade their Android phone to the latest OS by flashing necessary firmwares. Odin as a utility software detects your Samsung​ device when it’s in Download Mode and it’s capable of flashing various files with .tar or .tar.md5 extension. Even though Samsung has it kies mini tool, Odin is still far more powerful​ and lightweight and you can use it to flash TWRP recovery and custom kernels on your Samsung Galaxy device. Download Odin for Mac from here. Use the button below to download Odin for Windows. 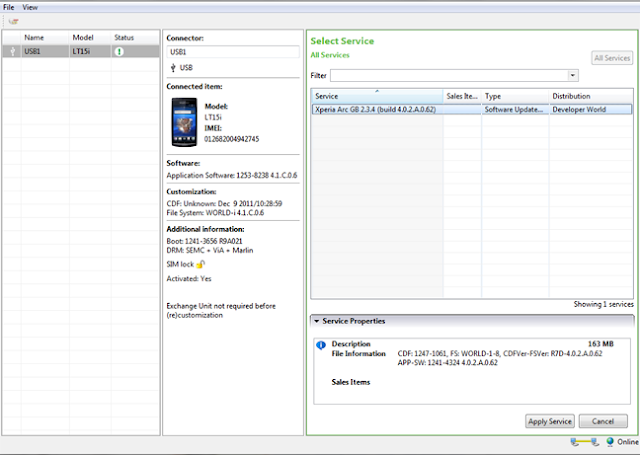 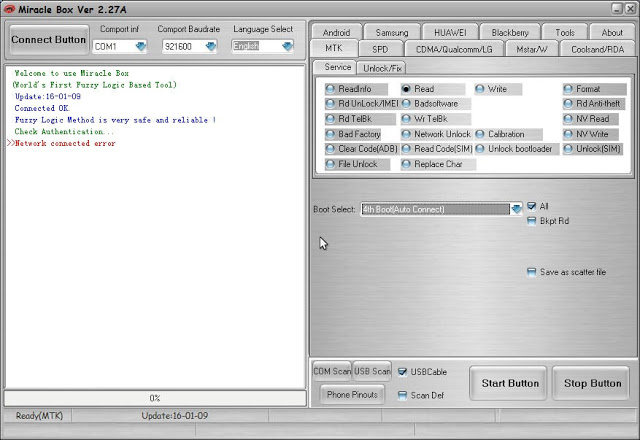 Chinese smartphones are dominating the mobile market and trust me, their growth rate is very high. Users who are using the chinese branded Android device may one day seek for a way to flash their bricked device and they wouldn’t want to rely on different flashing software. Thankfully, this is where “Miracle box” comes into play. It’s an all-in-one servicing solution designed to work with a range of chinese mobile phones. Miracle Box acts as a multipurpose chinese tool that can be used to flash and unlock multiple device chipsets such as Qualcomm, Spreadtrum and Mediatek. So go ahead and download the latest version of Miracle Box since it doesn’t require a hardware box or a dongle. 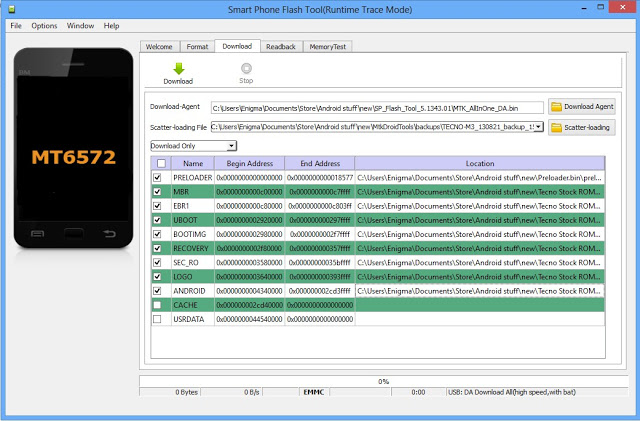 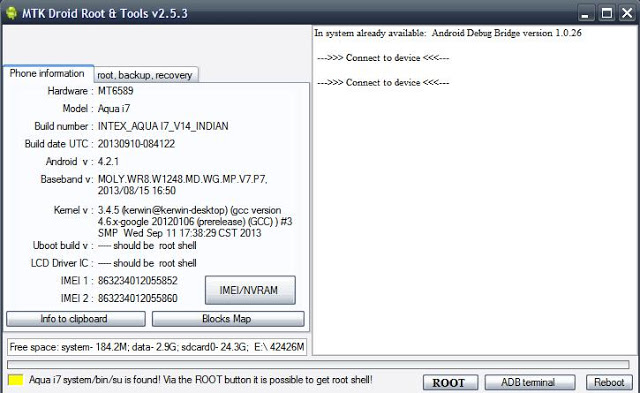 MTK droid tools is a software developed by Mediatek Inc. Its main purpose is to enable users root, backup stock firmware and flash their MTK Android phone. One of Mtk droid tool’s strong point is that you can use it to create scatter file and to backup and restore IMEI. For one thing, mtk droid tools is quite similar to SP flash tool but it offers advance features plus a simple and user-friendly interface. Mtk droid tools brings a plethora of functionalities and it serves as an all in one multi-purpose flashing tool that can help you perform various tasks on your mtk device including rooting. Overall, mtk droid tool is one of the best flashing software for Android and it’s worth giving a shot. 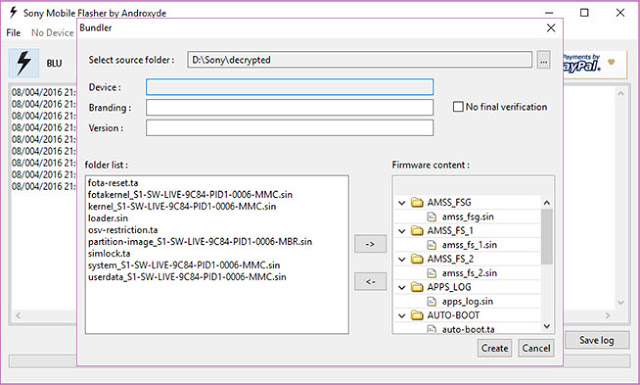 Unlike the Sony’s flash tool that’s dubbed “Emma” with few exceptions and a limited number of supported device, Flashtool lets you flash literally any Xperia device from X10 to Z ultra. Flashtool is a software that uses what is called an S1 protocol to flash firmwares. The tool was originally made to flash sin files downloaded by PCC and SEUC, but it was later upgraded and a ton of useful features was added to it. Flashtool can be use to unlock bootloader, clear dalvik cache, install recovery, busybox and custom kernel Apart from this, users can use Flashtool to root their Xperia device, flash custom ROM and stock ROMs etc. Overall, Flashtool is a handy software for cleaning your ROM and editing text file on your Xperia device. 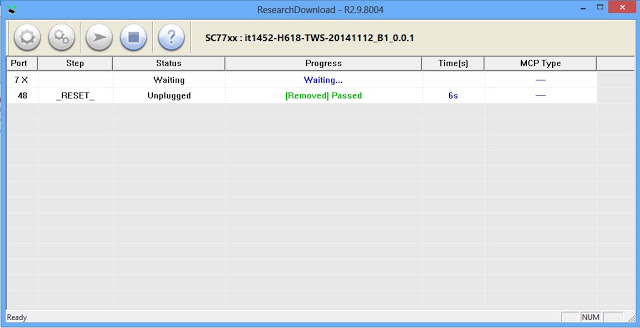 If you’re a spreadtrum device owner, then you’d know there’s a need to own a flashing tool which will enable you “restore your  phone after it gets bricked. SPD flash tool also known as research download tool is a Windows software specially designed for flashing .pac files on a spreadtrum Android phone. This includes device such as Itel and Micromax. For one thing, SPD Flash Tool brings a simple user interface and it’s easy to use. Simply, add the .pac firmware in the research download tool and click the “Start Downloading Button” to begin the flashing process. Upgrade Download tool is another SPD flash tool that allows users to flash .p5c firmware. It’s similar to research download tool and it lets you add multiple languages and configure its LCD. 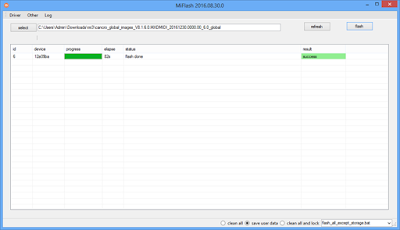 Mi flash tool is another useful software that allows you to flash stock firmware on your Xiaomi Redmi device. The program brings a simple and easy to user interface, one of its main feature is that it comes built-in with essential packages including the acclaimed Google ADB tool and USB drivers. Mi flash tool brings multiple flashing option and it is the best flashing software that can help Xiaomi smartphone users to restore their bricked Mi phones by installing MIUI ROM via fastboot.

6 Ways to do a Reverse Image Search on Android

How to Change Default DNS to Google DNS for Faster Internet

Thanks so much it’s helpful, I appreciate

Thanks so much it’s helpful

THIS IS SO NICE THANKS FOR THE INFOR

thanx for this its really helping

Enter your comment…thank you so much.