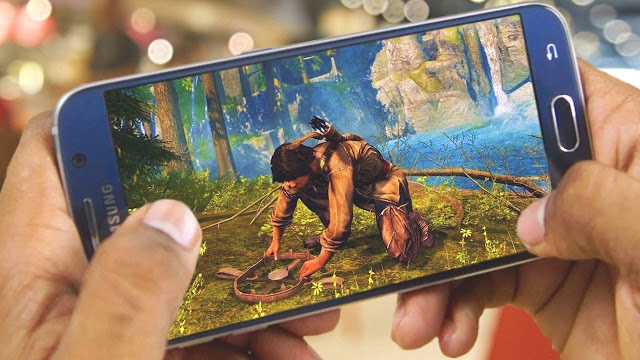 Experience a “revamped” gameplay list, with the best new offline Android games. Gaming is now all about graphics and amazing storyline, the good news however is that Android is gradually improving on that, as there are a ton of high definition games you can play. If you’re bored playing Minecraft and Sonic dash on your Android device, then it is probably high time you pick-up and try something more lively, adventurous and action packed. Thus in this article, we have benchmarked or curated the best high graphics offline games for Android. They are something you should be playing in 2018 and trust me, they bring colorful explosion that your brain can handle, totally awesome graphics. So if you have got your mobile or tablet ready, then here are the best free offline games for Android. 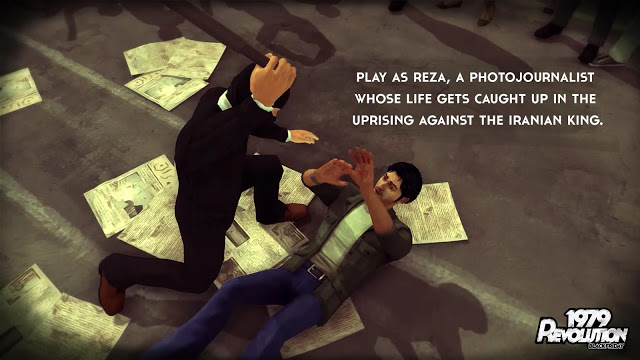 1979 Revolution is an adventure & action game, based on the real stories from Iran between 1978-1981. You play as a young photojournalist who will take part in the event of the 1978 revolution in Iran. The main hero/character in this game is Reza Shirazi, who was caught by two opposing sides of the revolution. Now the fates of those around you, will only hinge on the consequences of your choices. The game takes you back to Teheran, seized by the public unrest, and you are provided with only two weapons: your camera and your morality. Face dangerous members from the underground, government officials & help a journalist make choices in uneasy situations. 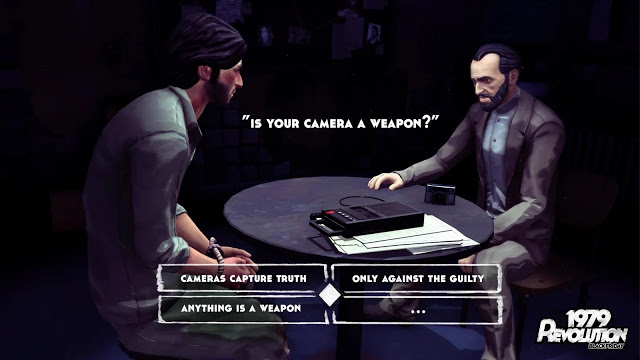 1979 Revolution brings a rich, interactive and filmic experience. This game, blends between high quality graphics & intuitive gameplay. You can compare your photos to actual archival pictures and also you’ll get to make your own choices during the gameplay. This will change the outcome & perhaps the fates of others within this branching story.  1979 revolution brings over eighty unique stories about Iran and the revolution, and you have got to learn about social customs, political, historical insights, home movies, graffitis, photos, and more. This game requires a premium Android device running on 5.0 lollipop & 3GB RAM. It’s compatible with Galaxy S6 and above. So if your device is supported kindly download it now!!. 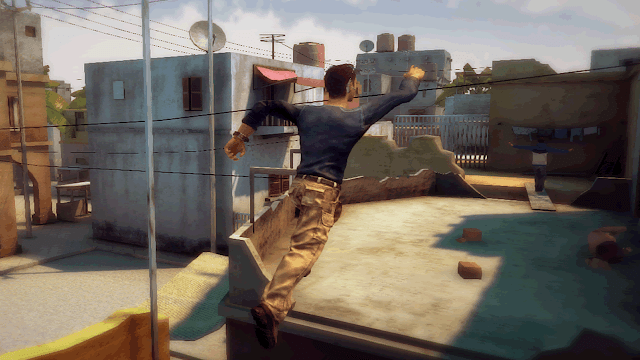 If you are eager to unearth the amazing secret of the ‘Middle Age’, then there’s no better time than now!. Unearthed is an episodic third person adventure and action game set in modern days Middle East. The game tells a story of a fortune hunter Faris Jawad and his sister Dania whom, received a call to visit ‘Morocco on the trail to find the famous Muslim explorer Ibn Battuta. The trail won’t be clear, as Faris will have to overcome an unholy alliance of a militia army leader, a weapons dealer & a wealthy antiquities smuggler who are after the same goal. 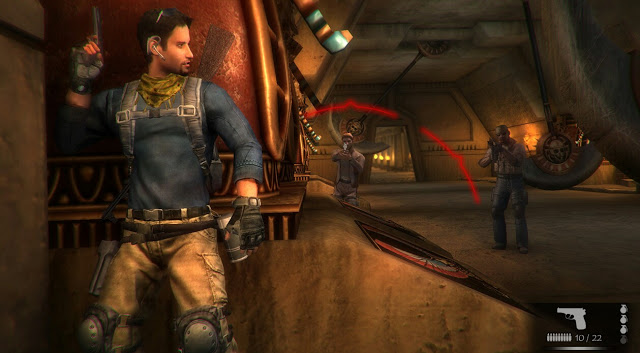 Unearthed brings a mix of platforming, melee fighting or hand to hand combat, shooting and stealth gameplay. During the quest to find Ibn Battuta, you’ll have to travel across the Middle East from the wild life of Moroccan Atlas mountains to the alleys of old Damascus through the port of Alexandria and the metropolitan city of Dubai. Fight bandits and discover ancient relic along your way. Unearthed brings an improved car handling, quality graphics and nice sound track. The game plays great on nvidia shield, motor G and it supports Android controller and MOGA controller. 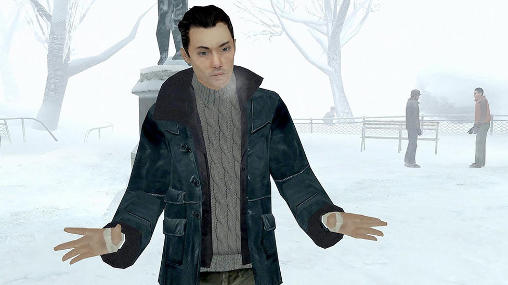 Fahrenheit known as Indigo Prophecy, is an adventure game which tells the story of a hero called Lucas Kane. A man who is in a difficult situation. He witnesses a murder and begins to realize that he was actually the murderer. The hero doesn’t remember anything, expect the fact that he definitely wanted to harm. The bloody corpse, and a knife in his hand, are only making him panic. So you’ll have to help the character pull himself together while figuring out what happened. Fahrenheit brings a unique interactive and narrative teetering, between the worlds of cinema and gaming. 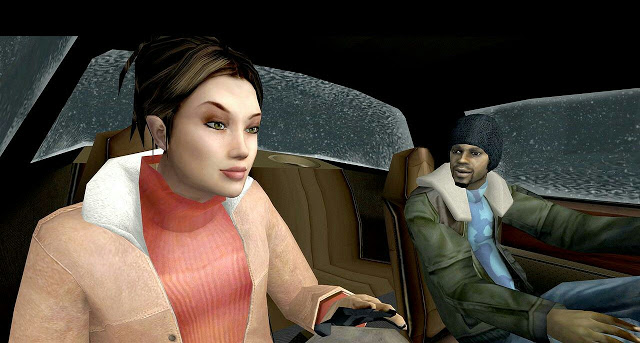 The game serves as the definitive version of the supernatural murder mystery, and it re-introduces the groundbreaking title to old and new fans alike. This game also brings an intuitive control scheme, and a live graphics. You will take control of the narrative through four different playable characters, each illuminating a different perspective of the story. Also Players can switch between the updated visuals and the original art assets with an in-game menu option. All of the in-game textures have been meticulously recreated in HD and there’s also a controller support. 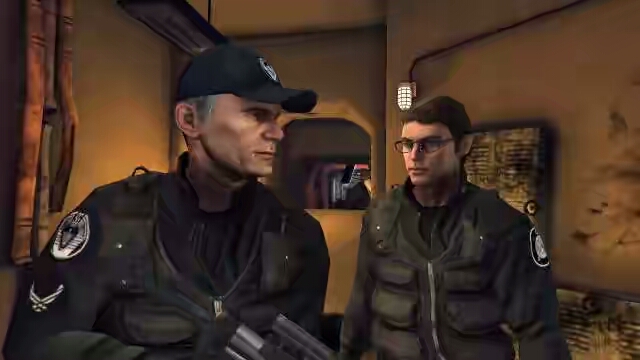 Stargate is one of the best games you can ever play on your Android device. I’m not suggesting it because of it’s name, but to be sincere i have played this game on my low-end techno p5. The game file size is perhaps only 500mb, but the graphics, is definitely a killer. You’ll be addicted to it non-stop without knowing it. Stargate is an episodic game, which is based on the series with the same title. The gameplay, unveils operating carter, o-nile & daniel. Those three, will visit various worlds and locations, they will solve ancient puzzles while trying to stop the fearsome tyrant named Jaffa before he realizes their scary plans. 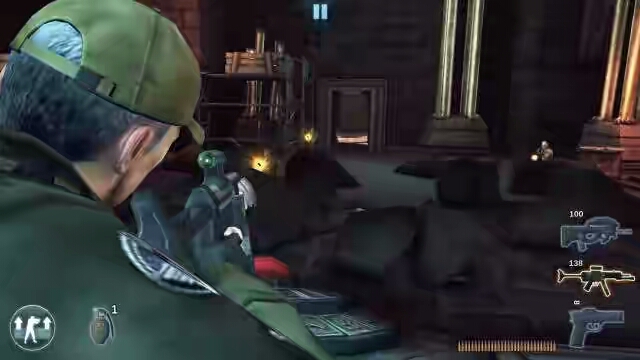 Stargate develops from the third person shooter game, the game brings good and fine control, a fascinating atmosphere & qualitative sounds and music. Fight your enemies, as you make your way through the objective. Stargate also brings unique and excellent three-dimensional superb graphics & a massive intuitive gameplay. This game, has been removed from the Google Play Store, so you’ll have to grab it from a third party website. Don’t get addicted to this game, as there’s more episodes coming. Till then, await for it’s continuation.

5. Tales From The Borderlands 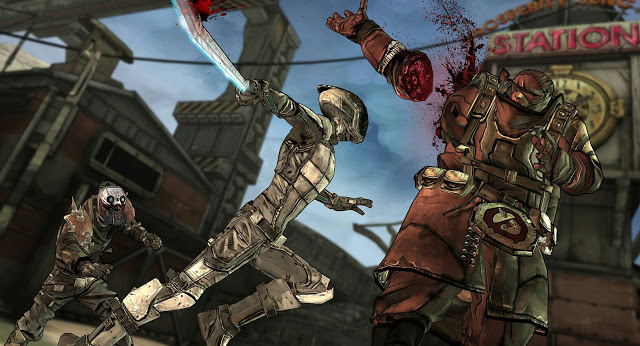 A telltale games fan? Then i guess you’ve already played this game. But if you have not, then it’s time to unleash it on your device. Tales from the Borderlands is a five part episodic game series, set on the unforgiving world of Pandora after the events seen in Borderlands 2, this is a story full of Borderlands’ humor, and it follows two adventurers on their quest for greatness. You will play as “Rhys”, a Hyperion ‘suit’ with dreams of being the next “Handsome Jack”, and “Fiona” a Pandoran con artist looking to score her biggest ever swindle. 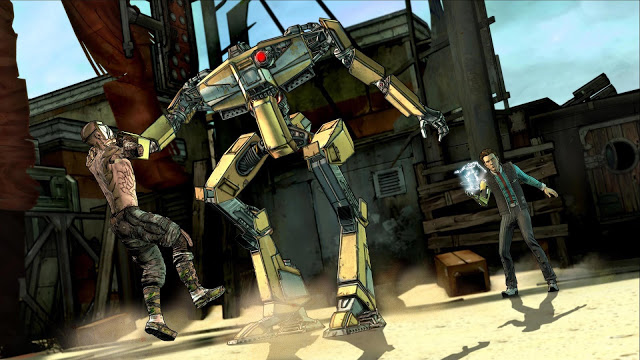 Thrown together as unwilling partners in an adventure to recover a cash they both think is theirs, their journey will perhaps take you on a wild ride where gangsters, bandit lords, and Vault Hunters are just some of the obstacles you will encounter. This game brings an awesome graphics, unexpected plot twist and great sense of humor. You can pick up and use various objects, interact with the environments, and most importantly, don’t forget that every decision you make will affect the outcome. Tales from the Borderlands, plays great on device with 1GB RAM, so if your device is compatible, simply install it.

And here we’re again, we’ve unraveled and perhaps detailed the best HD games for your Android device, and you’re certainly going to love them. If we’ve mistakenly skipped or failed to mention any of the HD Android games you find worthy, then use the comment box below to unveil it to us.