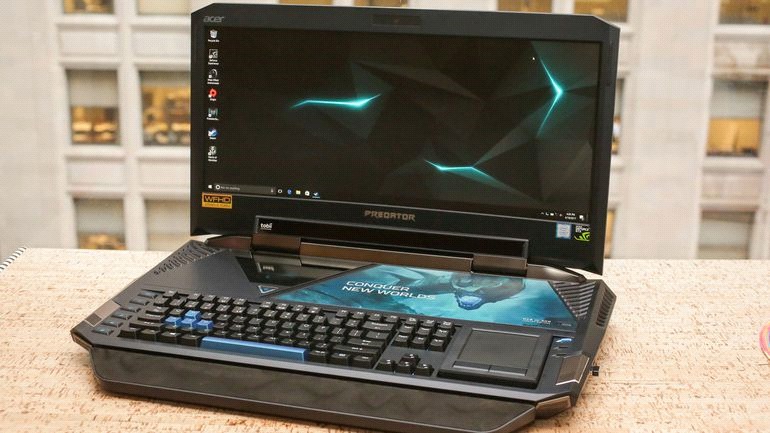 Acer Predator 21 X is hands-down the most powerful and fastest gaming laptop we have ever seen. But seriously, Acer’s Predator 21 X isn’t meant to be a mainstream product neither is it meant to be a high-end product. It’s the very definition of a showcase, low-volume and high-profile “halo” product that is intended to show that Acer can produce the most ridiculous, biggest and baddest laptop on planet earth. And looking at what Acer’s done with the Predator 21 X, you will certainly agree with me that it can run even the most intensive games without glitch or lag. For now, let’s take a look at the features and everything inside Acer’s Predator 21 X.

The most striking feature of Acer’s Predator 21 X is its 21-inch curved screen. The panel is 2560×1080, and supports G-Sync with a refresh rate of 120Hz. The high refresh rate and G-Sync means everything is buttery and smoother from gaming to moving Windows and scrolling a browser. Quite perfect for multitasking. For one thing, once you have used a high refresh-rate panel, you’ll never want to go back. If you’re in doubt, then try out the new Razer Phone and you will be amazed. Acer’s Predator 21 X panel has a decent off-axis support and a light anti-glare finish. But it won’t win any color accuracy contests. 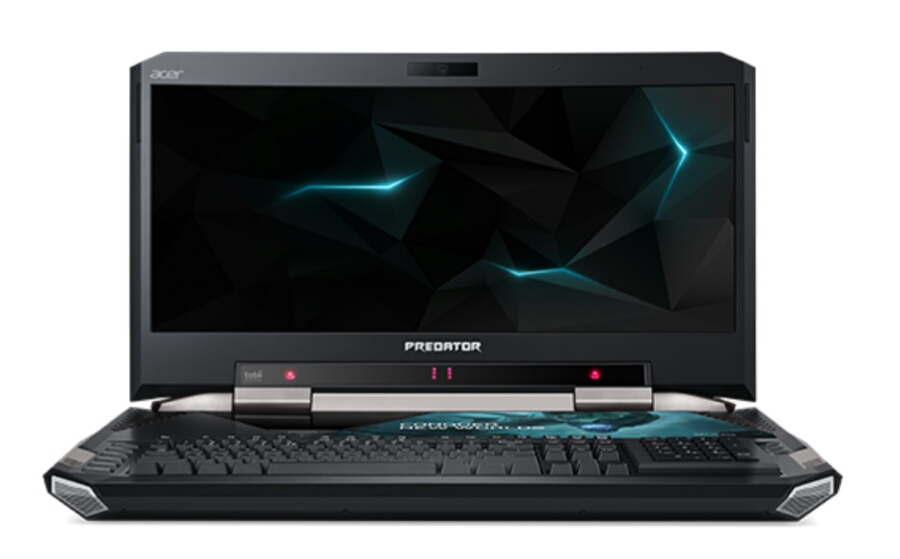 No doubt, Acer Predator 21 X is decently bright, though we measured its maximum brightness at 420 nits. To drive Predator 21 X 2.8 megapixel screen, Acer “stuffed” no fewer than two GeForce GTX 1080 graphic cards inside it, in SLI mode. There’s also a quad-core Core i7 7829HK plus 64GB worth of DDR4/2400 with 2 Toshiba 512GB NVMe M.2 drives and 1TB hard drive. Trust me, it is hard to quibble with that much storage, but if we had to complain, we’d say the hard drive is too small at 1TB. Anyway, it seems like the thickest hard drive you can get in the Predator 21 X is a 9.5mm HDD, which tops out at 2TB today.

Acer’s Predator 21 X features a full-height  mechanical keyboard using “Cherry MX brown switches”. Of course, Acer isn’t the first laptop maker to integrate full-height mechanical keys, but it’s a nice touch. The keys on Predator 21 X are individually RGB-lit, but if you don’t like the colored WASD keys, then you’ll find a more sedate black keys in the box. Courtesy to Acer, you’ll also find an integrated “Tobii EyeX” eye tracker under the display plus a unique trackpad. The trackpad is offset to the right of the keys, but Acer knows very well that any gamer worth a damn won’t use a trackpad to play a game. The trackpad can be flipped over, (since it’s attached via magnets) to reveal a 10-key pad. 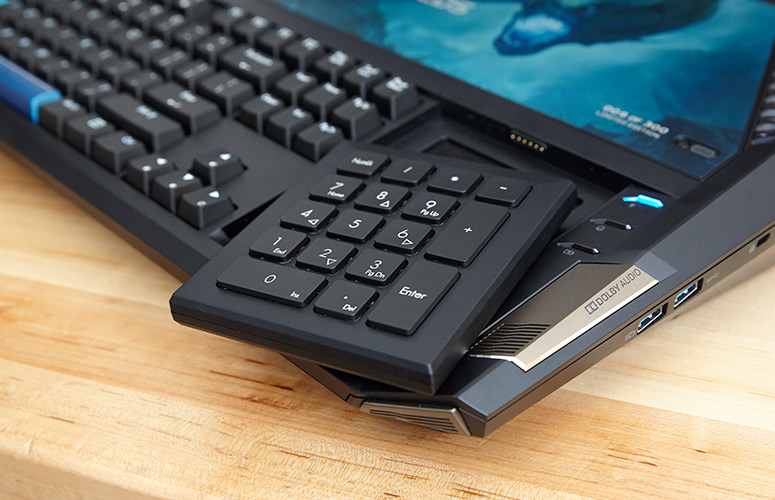 For one thing, the keys are not mechanical but we won’t get picky with this one. Acer’s Predator 21 X pours on the ports one thunderbolt 3, four USB 3.0 type A, two displayport and one HDMI 2.0. There’s also an ‘SD Card’ reader, a Gigabit ethernet, a Kensington lock slot and analog mic with headphone port. There’s no doubt that all of this hardware takes a considerable amount of power to run, since no external bricks are available in sizes larger than 330 watts. Acer uses the old trick of slaving two 330 watt bricks together. Each brick gets its own port in the back. Both are identical, so there’s no specific order for plugging them in. 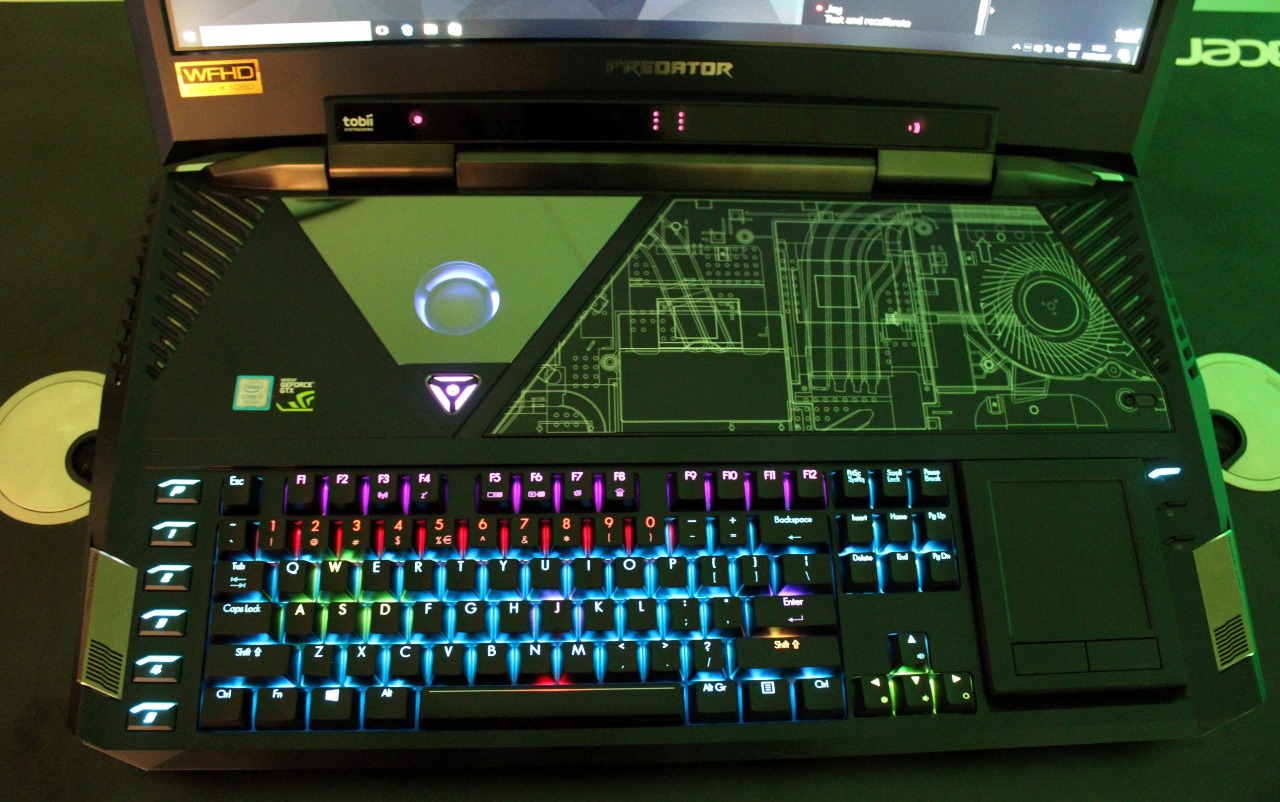 On the Predator 21 X, power consumption itself for what it’s worth, generally sat in the 400-watt range under a graphically intense workload such as Furmark. For me, I’d say this is an interesting behavior, since if you push the GPUs hard running Furmark, with the CPU and GPUs ‘overclocked’ and then suddenly pull the plug, the Predator 21 X will immediately cut power to the laptop. For other laptops, you’d expect it to switch over to the internal battery. But considering the Predator 21 X’s formidable power load, it’s probably safe to hit full stop rather than shove a “400-watt” load onto the onboard batteries in a millisecond. 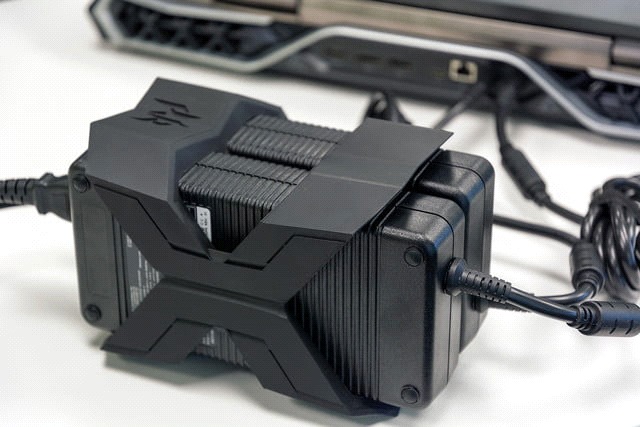 You already know about the two M.2 SATA slots under the bottom service door. But there’s also more hardware you can replace on the top. Simply remove one screw and carefully pull off the personalized plate and you can replace the hard drive (limited only to 9.5mm) and replace the RAM if you need to.

Our last test measures how long a laptop will play a looped 4K video at 250 to 260 nits. Yes, the Predator 21 X has a battery—a decently sized 89-watt-hour tank. But no surprise, a 21-inch, 120Hz panel combined with two GeForce GTX 1080 cards, RAID M.2 storage, and a quad-core CPU means dismal battery life. Wondering why it’s dismal? Well it’s the worst we’ve seen from a gaming laptop in video playback. Should you care? Probably not. Video playback is one of the “lightest chores” a laptop can perform today. If we were to play games on any of these laptops, we wouldn’t expect more than an hour from any of them. So, as bad as this may look, if you’re buying a ‘gaming laptop’ this powerful to play a video on a plane, then you bought the wrong laptop. 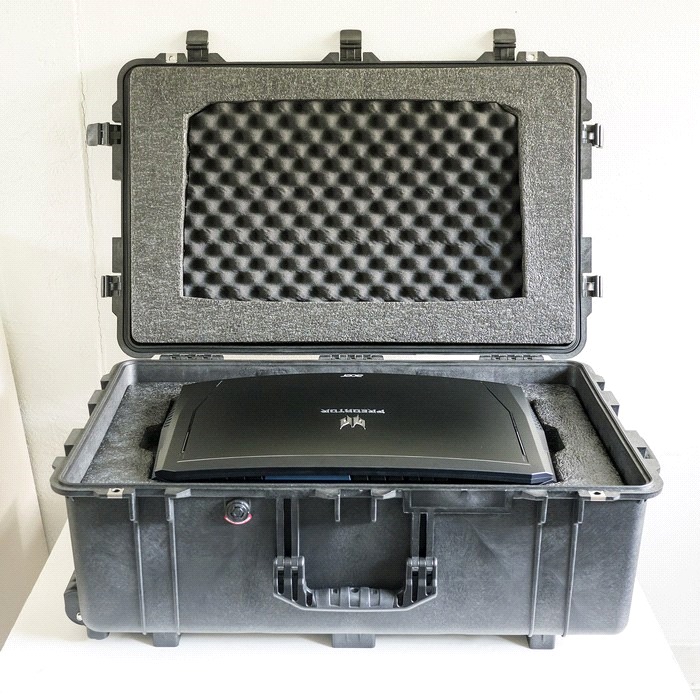 It’s so big, it has its own case, but we have seen other gaming laptops so large that they come with their own giant backpack. For the Predator 21 X, that isn’t enough. It is, after all, an 18.7-pound laptop with another 6.5 pounds’ worth of power bricks. When you add in the brick coupler and magnetically attached wrist rest, you want wheels. For all that, Acer included a custom rolling Pelican case. If you know your hard cases, Pelican is one of the premium makers. The case features cut-outs and compartments for all your parts. One thing we do wish Acer had done was to leave a little room for other accessories, such as a gaming-grade mouse.

Any game can be played on this beast and the other big programs which requires lots of video memory and graphic card performance can be easily runed.

It is a gaming beast and very huge laptop so usually you can’t take it to your presentations or some coffee shop to complete your work and it requires a lot of space as you can see that it has it’s own huge case.