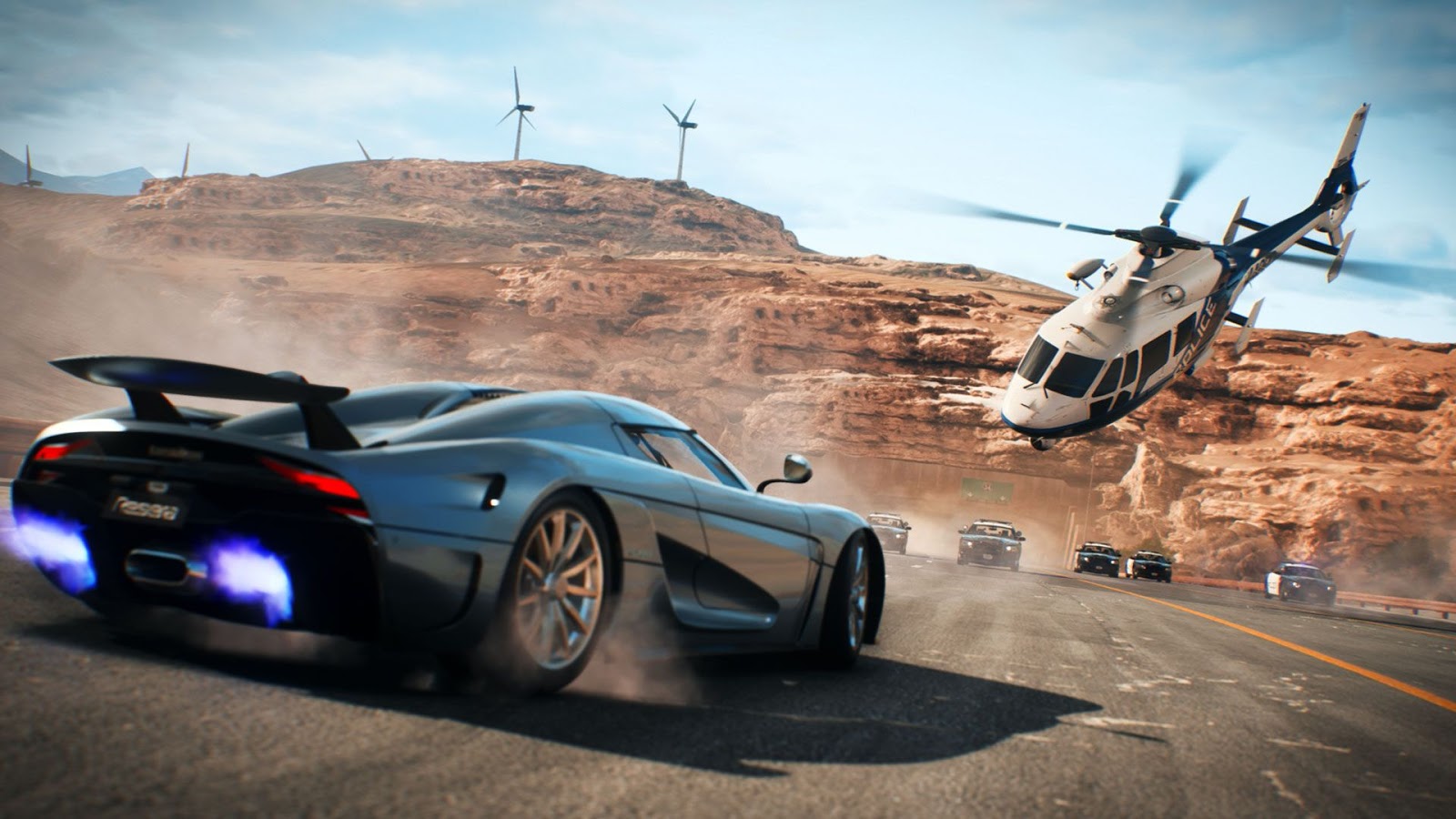 It seems like video games only continue to get better every year, and that was certainly true in 2017. While last year was loaded with amazing games, 2017 will go down as one of the best years in video game history. If you are fortunate enough to have a gaming PC, then you got the chance to play some of the most fun and realistic racing games ever made. Here are the 10 best PC racing games of 2018.

“Need for Speed Payback” maintains the wonderful arcade racing style of the series while also adding an excellent story that will last you nearly 25 hours. You play as three distinct drivers all looking to take down a corrupt organization. “Need for Speed Payback” features a cinematic style that is rarely seen in any racing video games. There will be times that you feel like you are actually watching a film. In addition to the great story mode, you can also explore the beautiful open world, perform challenges and race against your friends online.

If you are looking for a realistic driving simulator, then you will have a hard time finding something that tops “Forza Motorsport 7.” You will be able to collect and race with more than 700 cars on 30 different real-life tracks. “Forza Motorsport 7” has a native 4K resolution at 60 frames-per-second, which makes it one of the most photo-realistic racing games ever made. If you have a high-end gaming PC and a racing wheel controller, then you will feel like you are actually driving while playing this game.

The one racing simulator that can contend with “Forza 7” is “Project Cars 2.” The most impressive aspect of “Project Cars 2” is the live dynamic racing surface. Your car’s handling and performance will be altered as the track changes throughout the race. The new weather dynamics will also create a interesting experience every time you get behind the wheel.

Formula 1 is the most popular racing league in the world, and there is no better way to experience the speed of Formula 1 than by playing “F1 2017.” You will be able to race as your favorite driver on all of the iconic Formula 1 tracks. “F1 2017” also lets you create your own legacy in the 10-year career model.

The Dirt series perfected rally racing when it was first introduced in 2007, and it has only gotten better with the release of “Dirt 4.” The best thing you can say about “Dirt 4” is that it is simply a lot of fun to play. There is just something very exciting about an arcade racer that lets you drive on tough terrains and making big jumps. Combing this fun with glorious graphics and an extensive career mode makes “Dirt 4” an amazing PC racing game.

“WRC 7” lets you become a member of the popular World Rally Championship racing league from the comfort of your home. All 13 of the official events and tracks of the WRC are featured in this excellent video game. “WRC 7” may not be as deep as some games on this list, but it is the perfect choice for every rally racing fan.

“Crashday” was originally released in 2006, but you can now play a remastered version of the classic game with “Crashday: Redline Edition.” The new features and improved graphics make this a great choice for anyone that enjoyed the original. Wrecking the other racers and performing stunts are still as fun today as they were 11 years ago.

“MotoGP 17” is one of the rare racing games that lets you drive a motorcycle. All of the licensed bikes and tracks of the Grand Prix motorcycle racing series are featured in “MotoGP 17.” The new career mode lets you become a manager as you attempt to build the best race team in the world. There is a level of depth in the career mode that you will not find in any other racing game ever made.

Crashing into other cars will always create a fun video game, and no game did it better in 2017 than “Danger Zone.” This game is essentially an enhanced version of the crash mode in the “Burnout” series. There may not be a lot of depth to “Danger Zone,” but you will have a lot of fun creating huge realistic crashes and explosions every time you play.

What is there to say about Forza Horizon 3? The game can play in native 4k at 60fps. It has a beautiful recreation of Australian landscapes that will take your breath away through an open world experience. You’ll find yourself dumping hours into this game as you race through the Land Down Under.

This was a hard list to write due to the fact that there was so many great racing games in 2017. I reached out to a couple of car sites like ChicMoto to have them weigh in and get their opinions. Overall 2017 has been a great year for racing games. It doesn’t matter whether you are huge F1 racing fan or you enjoy customizing your muscle car, this year has covered everything. I think it’s safe to say that these game developers are going to have a hard time topping these games come next year 2018.