How To Get iOS 11 Control Center On Your Android Phone

Believe it or not, iOS 11 is a monumental leap for iPhone. Being released earlier this year, iOS 11 brings plethora and advance features that is quite capable of making your iPhone even more better than before. iOS 11 is a huge step forward for iPhone, as it brings the conveniences of “Apple pay” to your messages coupled with the all new app store that has been completely redesigned to help you discover new apps and games in a tab form. Apart from the above mentioned features, iOS 11 brings a new Airway 2 that helps you to control the speakers and audio system in your ​home.

Also Read: How To Get iOS Control Center On Android.

Siri assistant has been improved also and the new iOS 11 lock screen brings all your notification in one place with a do not disturb mode while you’re driving. Making sense right? It isn’t over yet. One of the most sought after feature iOS 11 brings is the redesigned control center that gives you quick access to various handy toggles in your Settings. If you’re an Android user and you’d wish to install and feel the new iOS 11 control center on your device, then here’s how to get it going. But before we start, you can begin by downloading the iOS 11 stock wallpaper from below. 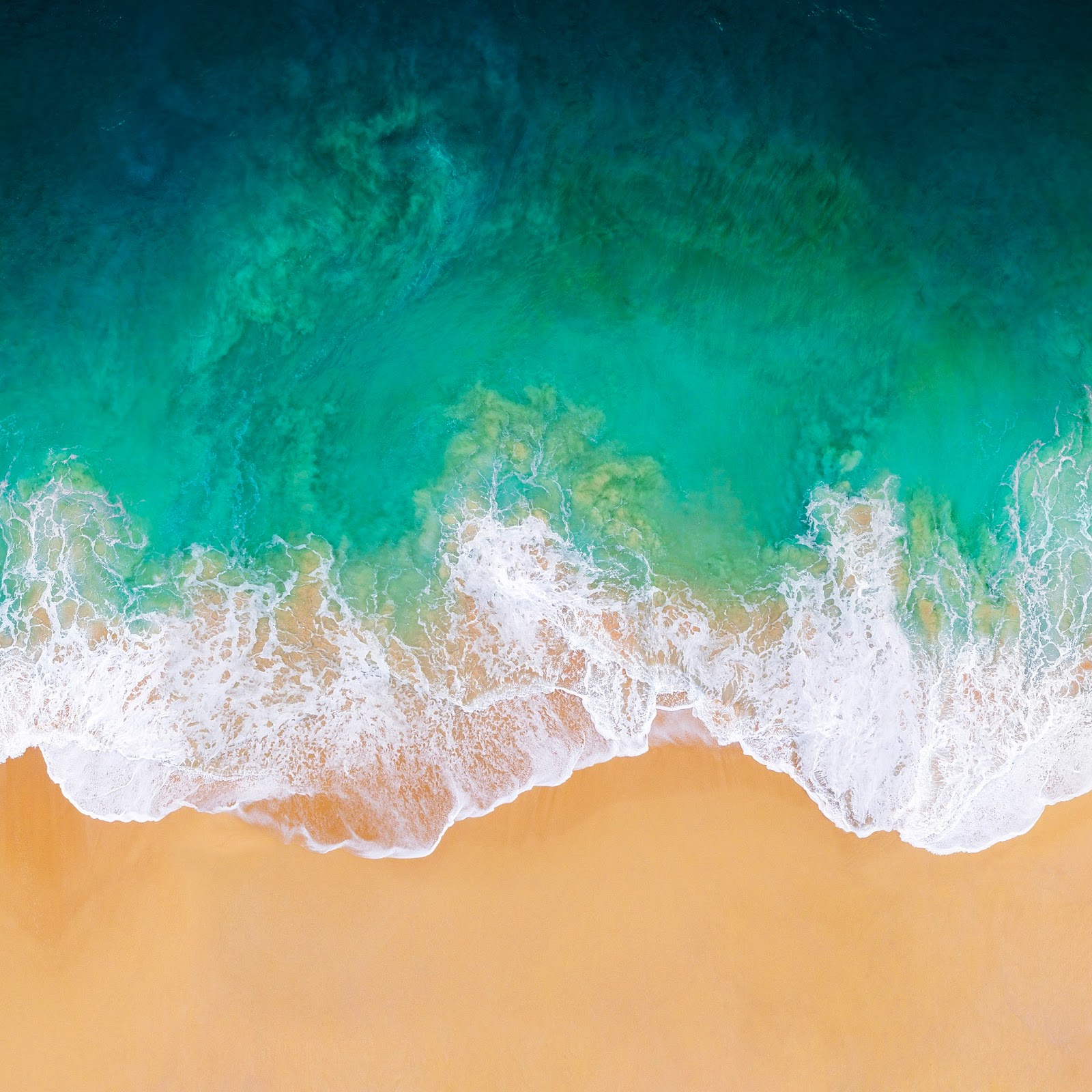 To begin with, head over to the Google Play Store and install Control Center iOS 11. It’s one of the most stable and reliable app out there that can bring the redesigned control center on your Android device and this too comes without rooting. Thanks to ‘LuuTinh’, there’s also a Pro version that gets rid off ads within the app. 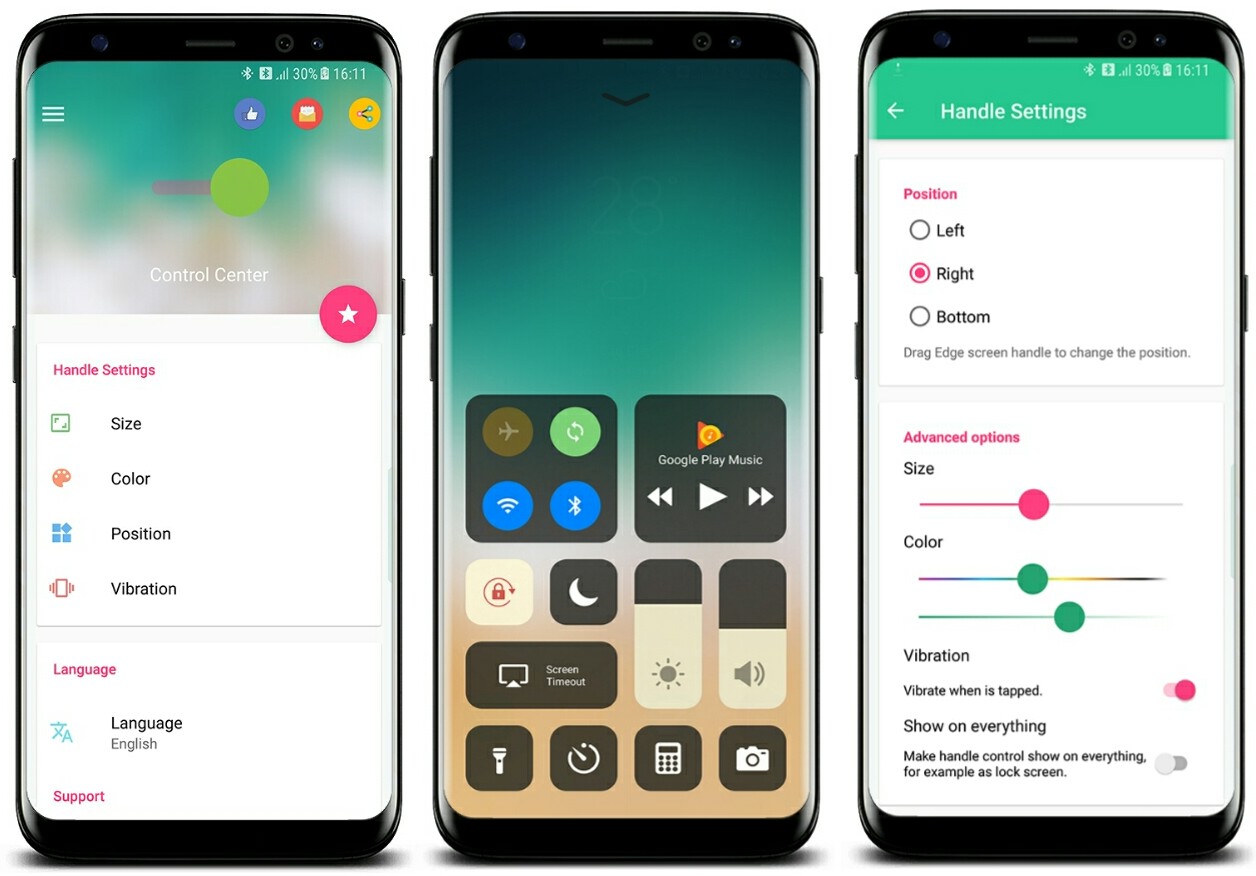 Now open ‘Control Center iOS 11’ from your device’s app drawer, for Android 5.0 users and above, the app might require you to grant certain permissions, so make sure you do as it says by following the prompt. Now once you’re in, you’ll be greeted with a material design interface with various options to adjust. Similar to iOS 11 control center, this app allows you to customize styles such as size, color, position, background and vibration.
Now tap on ‘Size’ under Handle Settings and then fiddle the position (either left, right, bottom) where you want the control center to open from. You can also drag the slider to change the size and color of the handle. Then choose whether to make the handle show on every element of your phone such as lock screen by enabling the “Show on everything” button. 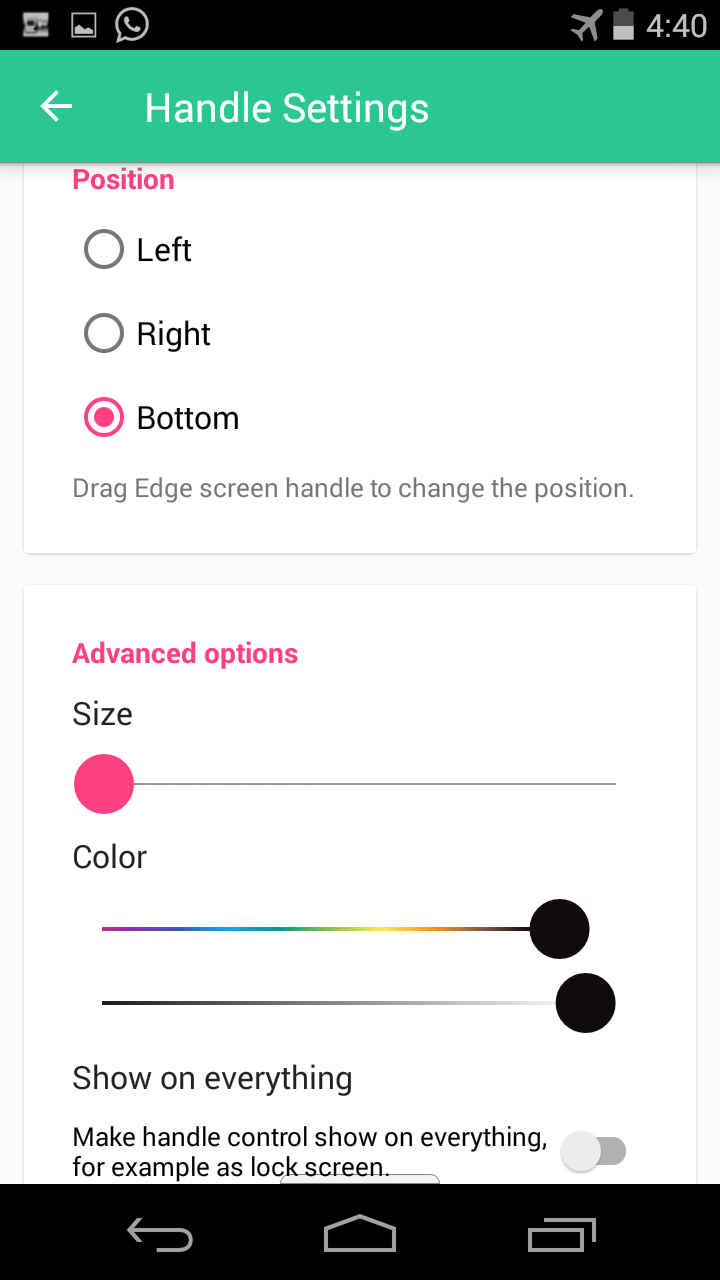 When you’re done, head back and jump into the “Background” option. From here, select either to use a transparent, default or the current background on your phone. (Note, control center iOS 11 uses the default iOS 11 stock wallpaper as its background. And we have already made it available before starting this procedure. So you’d wish to apply it as a wallpaper on your phone to make the control center look more natural when it’s being called out). Now go to the “Music Control” section and choose the music player you’d wish to use. 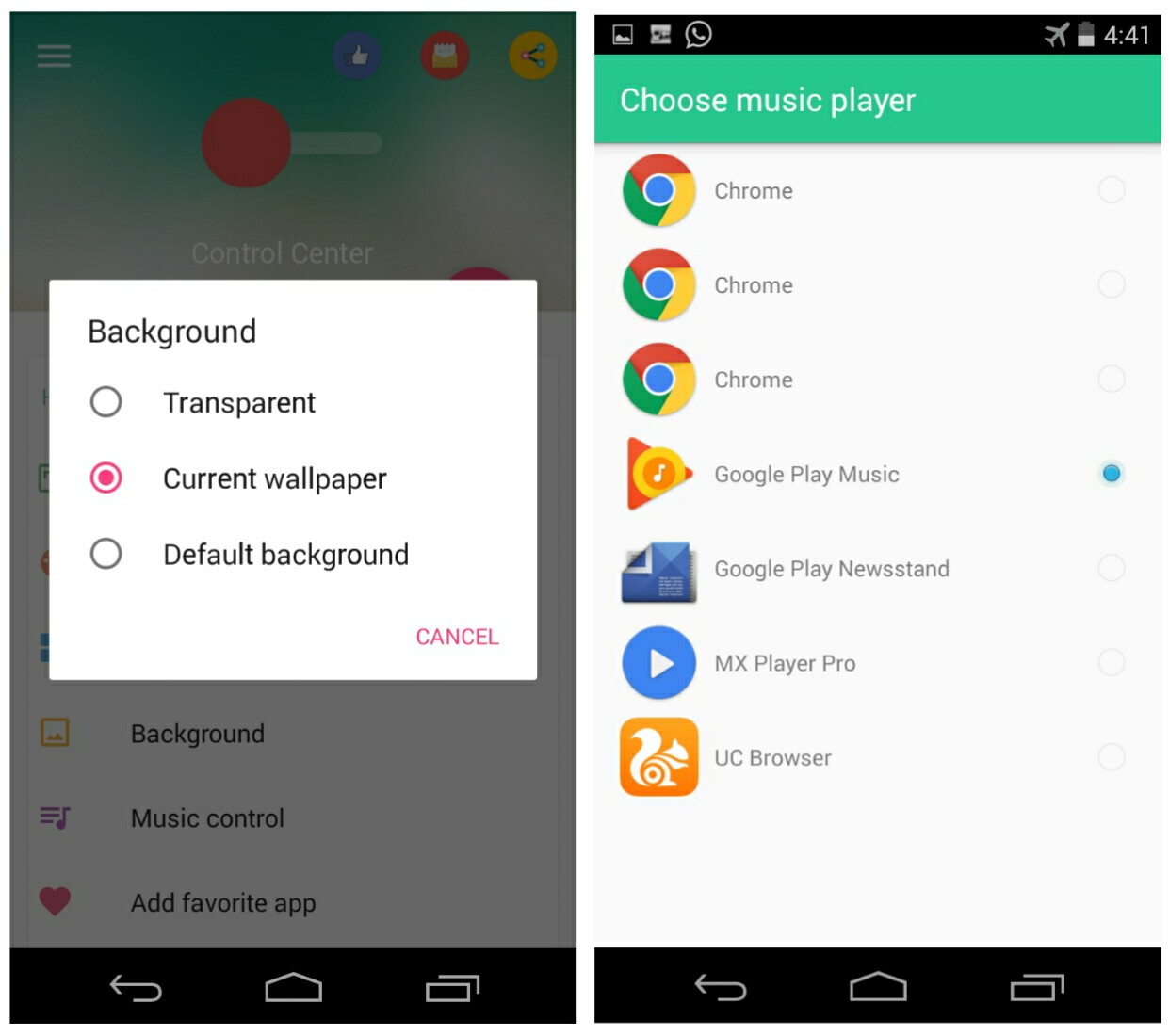 Next, dive into “Add favourite app”, you’ll be presented with four lone buttons, simply tap on them and select the apps or games you’d wish to access from the control center. Head back again and enable/disable the Vibration, Touch to open and Show Notification option as you prefer. Once you are done, swipe all the way up and enable the big control center button. It’ll turn green once enabled and a handle control will be visible at the edge of your screen. 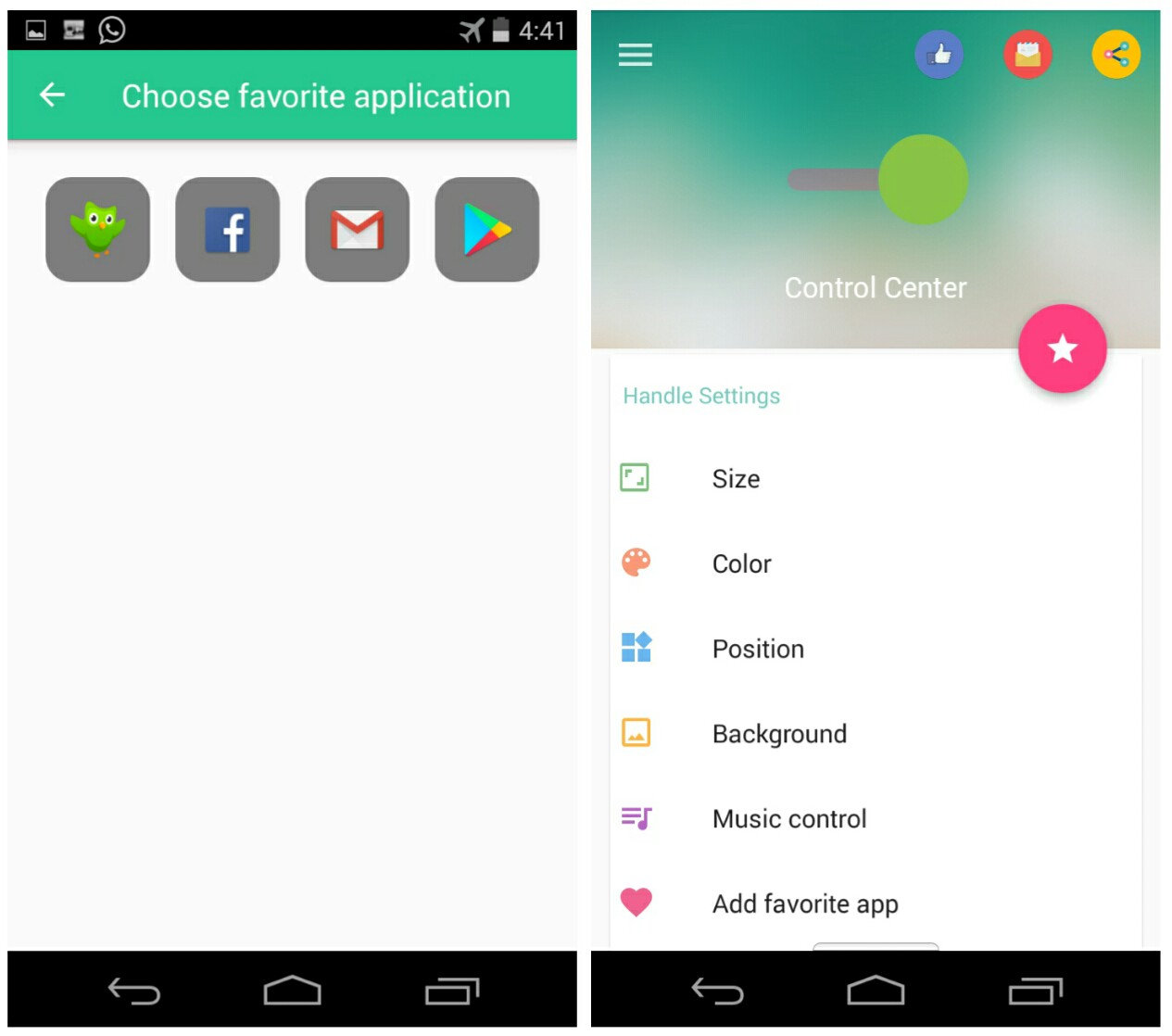 When you’re done fiddling with the options, then swipe up from the left, right, or bottom (depending on where you positioned the handle which will be visible at the edge of the screen) to open the control center. As said earlier, iOS 11 control center gives you quick access to multiple settings and apps, and all these are customizable. 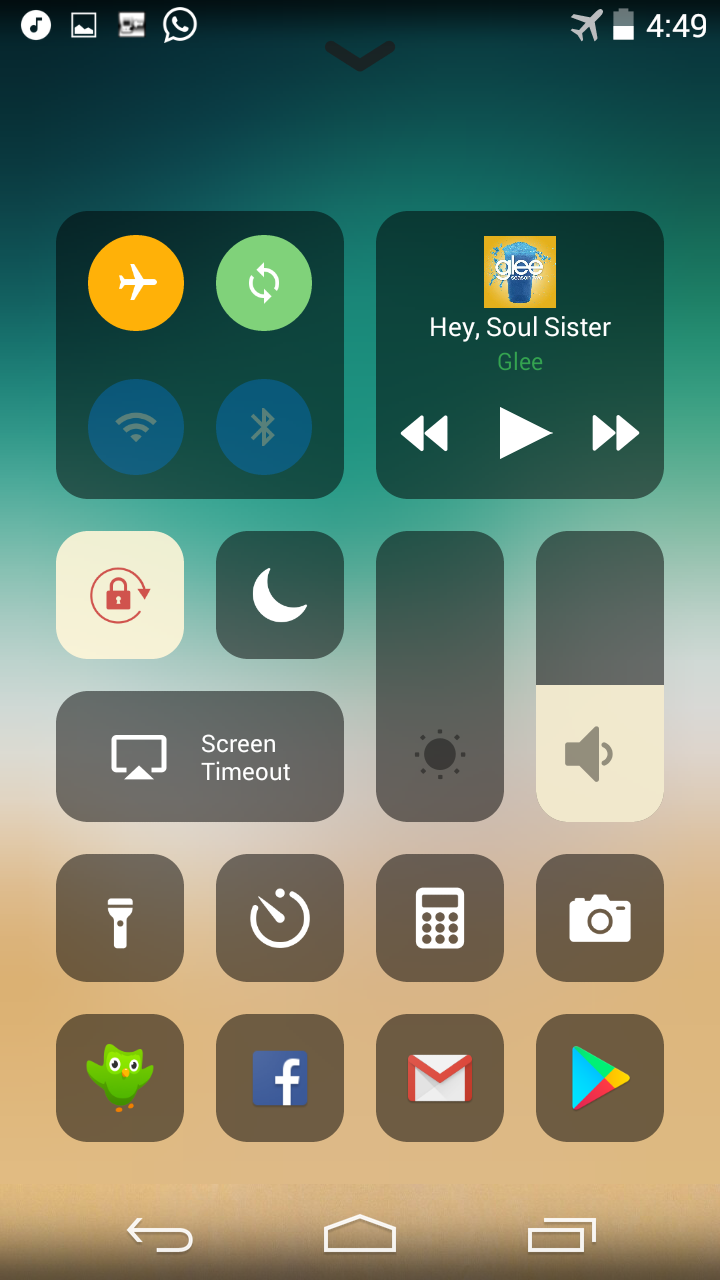 Once you call-out the control center, you’ll have access to a quick range of toggles such as Airplane Mode, Wi-Fi, Bluetooth, Portrait Orientation Lock, Do Not Disturb, Camera, Calculator, Flashlight, Alarm and Timer and the ability to control audio. You will also see your favourite apps and you can use the 3D touch in the control center to dim the lights and unlock even more commands. To close the control center, simply tap the arrow at the top or press the back key.

How To Get Galaxy Note 8 App Pair​ Feature on Android