How To Turn On Android Screen With the Volume Button

Whenever i have the urge to reboot into the recovery mode, I’d make use of the power button on my Android device. It’s kind of a hobby for me, the power button technically serves as a means to wake up our Android phone screen, without it I’d say that smartphones are pretty much useless. Now if you’re probably the type whose power button has been giving the blues lately, then accessing your mobile can be pretty much difficult.

Also Read: How To Turn ON & OFF Your Android Phone Without Using The Power Button.

There are several ways to wake up or turn on an Android phone screen without relying on its power key. One is to have someone call you in most cases, this will turn on the screen and give you control over your handset. Alternatively, you can plug your phone into a charger. This will turn the screen on and let you access your phone. If your phone has a physical camera button, hold it down. This should launch your camera app, which you can simply close in order to use the other features of your phone. Now if this guide doesn’t remedy the situation, then you can grab a cup of coffee and read on….

We’ve had hassles gathering most of the essential apps for android, previously we wrote an article about using Gravity Box to turn on and off your android screen, but the app accuracy varies on most of the smartphone we tested it on. Some handsets have very precise orientation and proximity sensors, thus gravity box cannot be accurate as you prefer. Now upon discovering the Power Button to Volume Button app, i knew it’s probably what you’d want!..

The app main functionality is to allow you turn on your screen using the volume button instead of the power button. Unlike Gravity Box, It’s working capabilities are not to be questioned and moreover it doesn’t require root access. Now to begin with, head over to the Google Play Store and install Power Button to Volume Button. it’s probably a free app with no annoying ads. 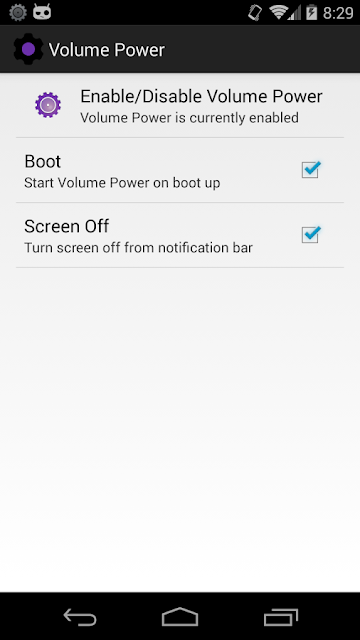 Once installed, then using the app is very simple. First you’ll need to enable it and grant the app administrator privileges when asked to do so. If perhaps you are wondering why the app requires an administrator’s service in other to function, then it is because only apps that are device administrators can turn on and off the screen. Now your phone will reboot to activate the app. 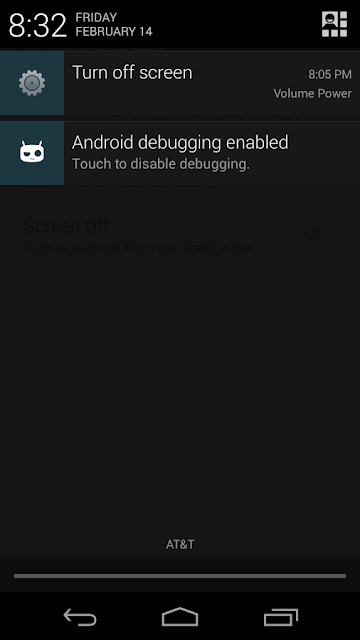 Once you’re back on track, then the app should start working within a minute or so. From now on, when the volume button on your android device is pressed, it will turn your screen on. To turn it back off, you’ll have to press the “Turn off screen” button, which should now be present in your notification panel or via the app.  Your volume buttons should work normally, controlling your phone’s volume, while its screen is on.

Power Button to Volume Button proves to come in handy when it’s needed most, but the developer has pointed out it’s huge downside. Thus your phone may experience a serious battery drain since this comes with the territory of keeping your device awake at all times in order to enable the volume button to perform the power button function. But i guess the battery drain won’t be an issue since the app is more reliable than gravity box. Remember to enable the “Screen off” option in the notification bar feature if you plan to use the app for long periods of time. To uninstall the app, simply go to Settings >  Security > Device Administrators and remove the app from the device administrator list.

How To Get iPhone/iPads Guided Access Feature On Android

Nokia 3310 Supremo Putin Edition Made Of Gold and Titanium