Apple Wins Pantent For A Bendable iPhone With OLED Display 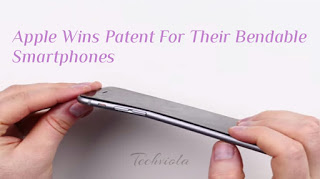 Also Read: Apple Is On A Project To Develope An iCar.

Earlier this year, Apple incorporation launched the iPhone 7 and iPhone 7 plus which has gain tremendous popularity in the smartphone market. Now rumors are circulating that the Apple iPhone 8 will be made of “All Glass” with no hardware button and also will be having a wireless charging functionality.
According to the Patently Apple website, Apple has been granted their first patent covering a foldable and bendable future iPhone which they have been filing since early 2013 on the European patent that was never published before as a patent application under Apple’s name. Also it was discovered that Apple filed a second patent in Europe regarding a foldable smartphone on 2014. 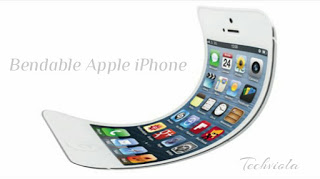 Also it was reported that Apple filed the patent under their engineer’s names and not under Apple to avoid detection and to keep it a secret. Apple kept it a secret since they wanted  the patent to be granted before letting the information go viral.
Apple notes in their granted patent that one of the materials that could be used in this foldable and bendable iPhone form factor is ceramic. As they have already showcased there Apple watch which is made entirely of ceramic.
The patent throws more light on the future bendable and foldable iPhone which will use carbon nanotube structures to facilitate the new form factor. There word read thus….

The first time that Apple considered this material for a future iPhone was discovered on September 2016. With the fully granted patent, Apple is set to produce a bendable or foldable phone which will leave a huge remark on the smartphone market in the years to come. So what do you think about this? Will they be able to produced such a remarkable device or not. Comment below!.
Share
FacebookTwitterLinkedinRedditWhatsappEmail
previous post

How To Identify The Template Name A Blogger Is Using