Cricket gaming as a form of sport can be an activity everyone would love to dive into and play. Watching them on television and cinema theatre with the intense commentaries been displayed is capable of forcing you to play it. Yet in as much as we do like to watch these cricket game on television, there’s no time. Teenagers even adult indulge in playing cricket games on there android phone as there are lots of them been developed.

Android been an open source device has lots of games, and crickets game are among them. Android OS developers are putting there efforts together to provide the best cricket games everyone will love with high quality graphics and some comes in 3D form. With cricket games on your android phone, there’s more to play and more to create. You can indulge in tournaments and challenges and also practice in the arena. Cricket games gives you the ability to createe your own team, throw a challenge to your friends via online mode and also experience the real feeling of cricket games. With every shot been made, it tends to cheer you up.

In this article, we’re going to list out the best free cricket games for android with high graphics, they’re considered as the best and is worth giving a try. 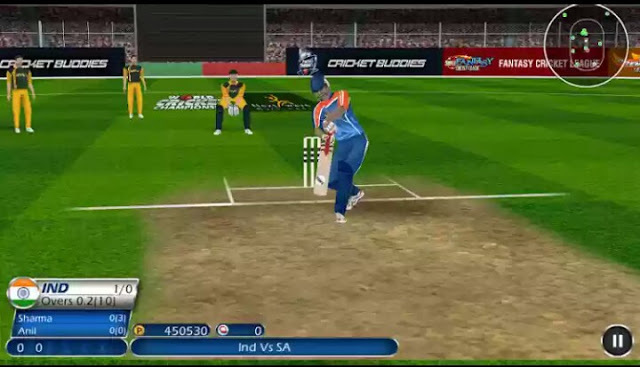 World Cricket Championship is the most electrifying cricket games in the world, with high quality graphics, professional commentary and a team that you create with your friends.Taste the success of team work with the all new Gangs of Cricket!. During gameplay, you can watch your massive sixes fly out in slow motion. Your players are armed with wide range of cricket shots, so you don’t have to doubt there skills. Play tournaments for unlimited fun, Win matches and go up the leader board to meet a lot champions like you!. Feel the glory of the moment by inviting your friends and challenging them to better your score with the awesome asynchronous multiplayer mode!. Currently over 5 million people downloaded world cricket championship from Google play store. 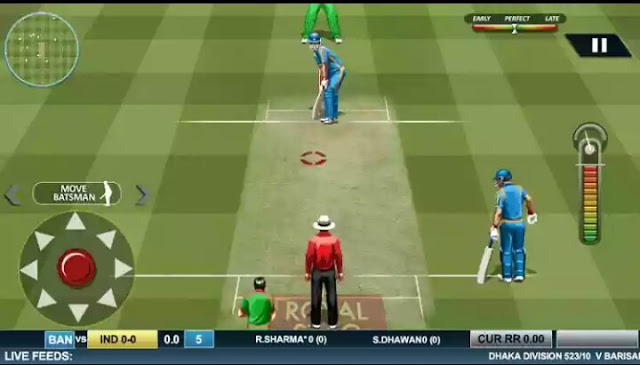 Real cricket 16 is here and here to stay. Its the most complete, authentic and surreal cricket game in the world!. Pick Batting Shots and Actions with load of customization options available and even more on the way. For the first time on real cricket 16, players can play out historical scenarios with a unique level based saga experience. With real cricket 16 you can also experience scintillating 2D motion maptured animations, a brand new test series mode complete with updated rosters, the classic whites and lunch-tea breaks. The game is smooth and packed with stunning presentation. Win tournament from different countries and return with honour. Currently over 5 million people downloaded real Cricket 16 from the Google play store. 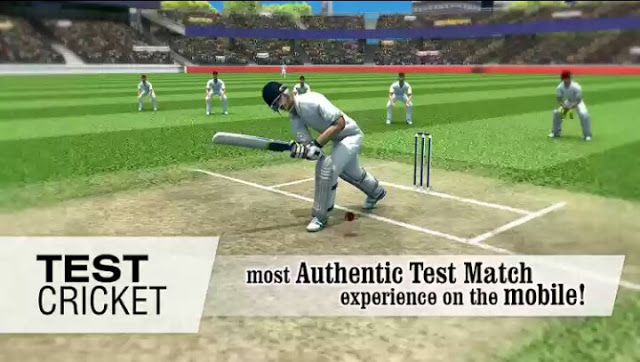 World cricket championship 2 is the most Intense cricket game ever made for android and tablets. World championship brings you an advanced 3D mobile cricket game at the palm of your hands. You can play the maximum number of cricket shots including the famous Dil-scoop, the Helicopter shot and the Uper-Cut! This is a game built for you the cricket fan! You have loads to look forward to! You can customize your players and cheer you team with customized banners! You can also look forward to scintillating animations, more cricketing venues, new controls and new camera angles. World Cricket Championship 2 has features that makes it the most dynamic and versatile game in the world of mobile cricket. Such as Electrifying fielding with stunning diving catches & quick throws to surprise the opponent and others. The game is optimized to play on device with 1GB RAM running on android 4.0 or later. Currently over 1 million people downloaded world cricket championship 2 from the Google play store. 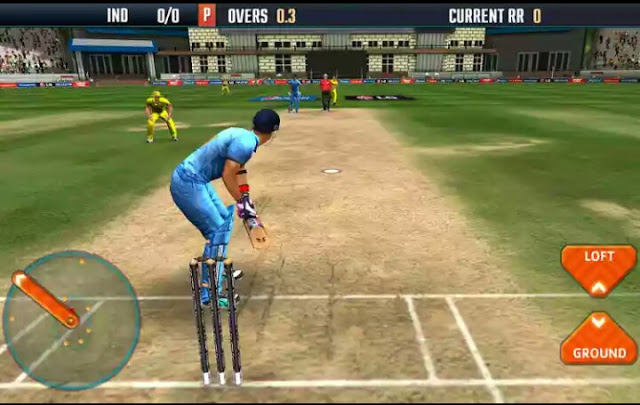 ICC Pro Cricket 2015 is one of the most detailed and realistic cricket simulation experiences of its kind, equipped with 2 game play cameras and over 25 in-game camera angles, the cricket fever never stops. It is a real Cricket 3d simulation game where you can get the excitement of an ODI match on your mobile screen. Play different modes, get your favorite players and make sure you beat your opponent to ashes. ICC Pro cricket 2015 features over 150 official players from the 14 teams of the ICC Cricket WorldCup 2015. It also features a motion captured animation to get the real cricketing experience and most importantly an intuitive batting Controls and Innovative Bowling controls to Control the speed, line and length. The game is optimized for Quad core ARM 7 Devices with 2GB of RAM, Android 4.2 and above. There might be visual and functional discrepancies on lower devices. Currently over 500 thousand people downloaded ICC Pro cricket 2015 from the Google play store. 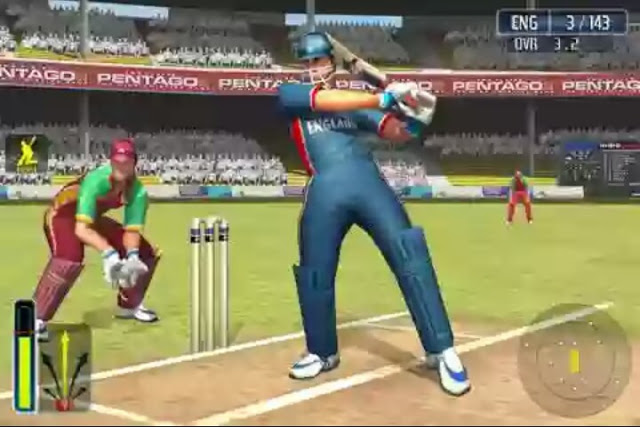 Cricket WorldCup Fever is the most complete cricket game for your android phone and tablet. Play with your favourite cricket national team in 4 exciting modes of play  ranging from quick match, powerplay, world cup to pass N play. Cricket world cup fever brings you a new first ever multiplayer mode to experience from. You can customize your game by selecting from different options  from difficulty settings, Venues and Match duration in the form of over’s. Play Cricket world cup fever in the standard one day or test match cricket rules. The game features high quality 3d characters and stadiums showcasing the game of cricket like you’ve never seen or experienced before. Also you can choose between 14 teams, 6 stadiums and 3 difficulty modes all customizable to your choice. Simple pick up and play controls for batting and bowling. Then experience a full replay mode reliving the shots you have played. Currently over 10 million people downloaded Cricket World Cup fever from the Google play store.

Whether you’re a FIFA football fan or WWE fan, you will surely love the above listed Cricket game, experience live Cricket match on your android phone and table with the highest quality graphic ever made.

Apple Wins Pantent For A Bendable iPhone With OLED Display