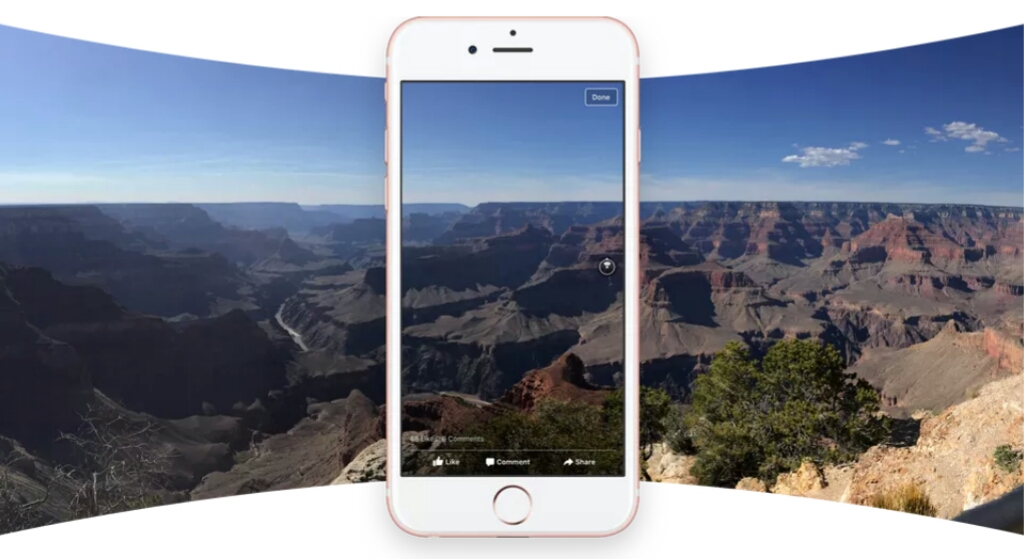 The concept of taking awesome panorama is much more better than capturing multiple flat photos. 360 degree photo comes quite in handy especially when you want to capture an unbroken view of an entire surrounding. Hence all you need to do is to position your camera app vertically, and you’ll be guided on which side to move. Obviously, there are a lot of camera apps that allows you to snap cool pictures with just your Android and iOS device, but not all of them is capable of shooting stunning panoramas​. But having vetted the Google Play Store and iTunes, we discovered a bunch of camera apps that allows you to take 360 degree photos on Android and iOS. We went ahead to handpick and settle for the best, so if you are a panorama fan, below are the best 360 degree camera app for Android and iOS device.

If you’ve spent the last few​ days searching for the Google Camera in Play Store, i do suggest you stop now because you can’t​ find it. One of the best features present in Google camera is the photo sphere, this allows you to take 360 degree photos in high resolution but the Google camera is now exclusive only to Google’s own Android phones. However, Google’s Street Views can do the ‘job’ well as it proves to be the best “replacement” for Google camera app since it also brings the photo sphere feature. 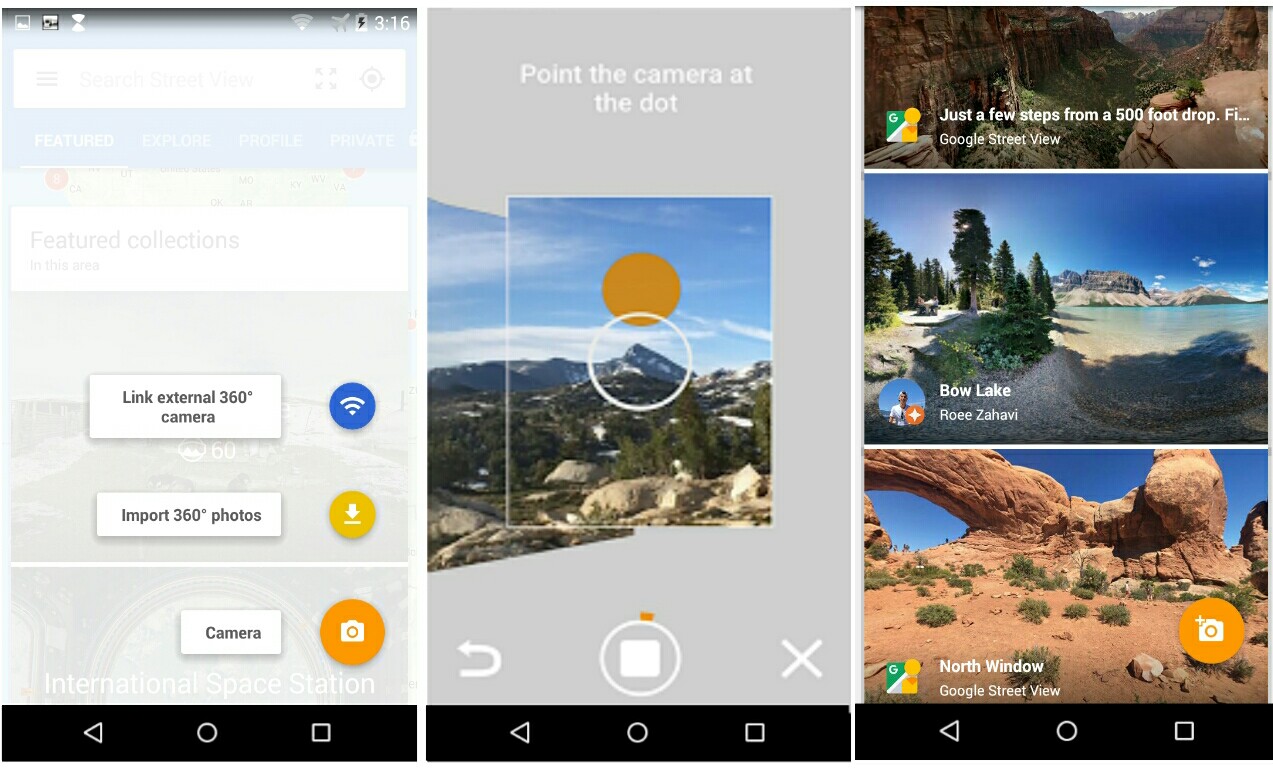 Google Street View can be used to explore the world landmarks, and in so doing you’ll discover natural wonders and locations such as museums, restaurant etc. But your Street View experience wouldn’t be complete if you fail to create or add stunning photo spheres. To capture 360° photos with Google Street View, simply open the app & tap the camera button located at the lower right corner. Now you can either link to an external 360° camera via WiFi, or imported already taken 360° photograph. Either way, tap on camera then move your device slowly and steadily from left to right to capture the area. Once done, the photo will be stitched and you can publish it on Google Street View to share your photo spheres with the world.

Panorama 360 offers quite a handy feature, it’s one of the best VR camera app that lets you take awesome panoramas and you can even watch 360 videos with it. Opening the app, you will be greeted with a classic user interface. Simply click on the camera icon at the center, then hold your phone upright in portrait mode. From here, tap the camera button again and move your phone slowly and steadily from left to right. Once you are done capturing the surrounding, the frames will automatically be stitched into a single panorama. 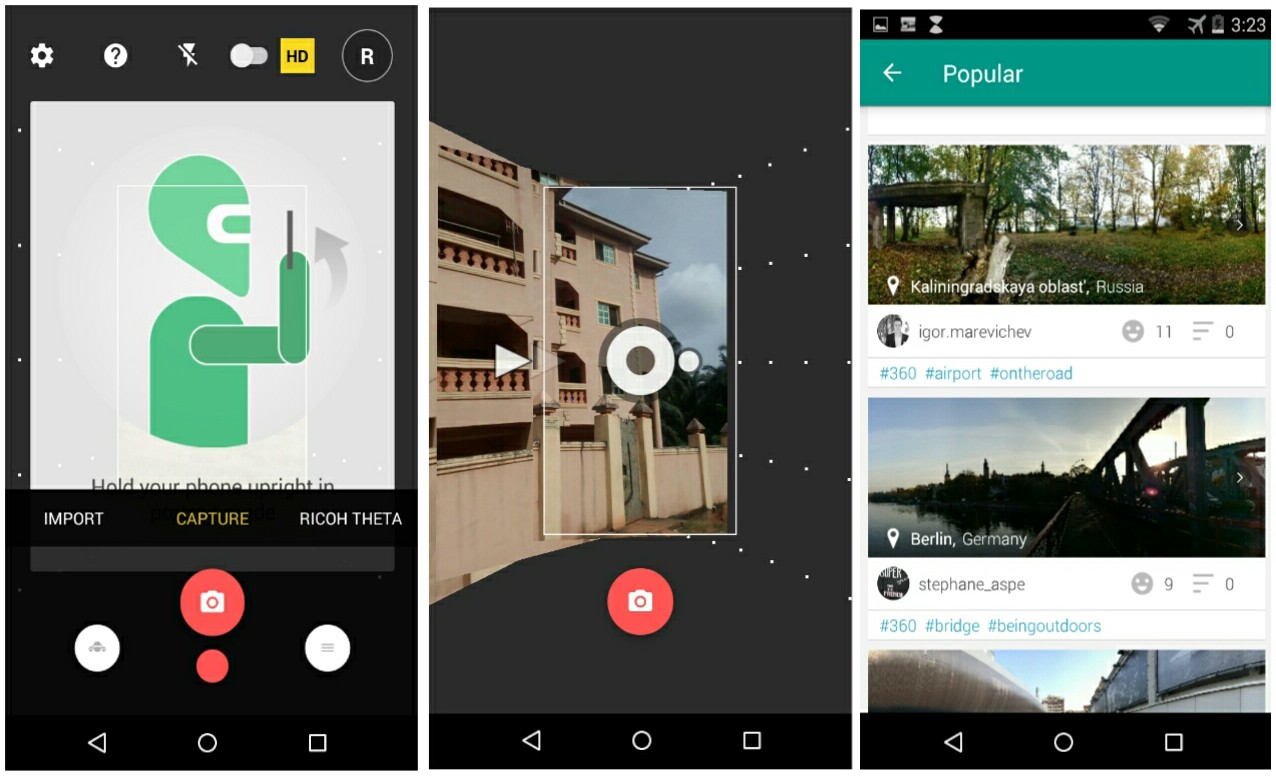 That’s it, you have just created a seamless panorama within seconds. Panorama 360 brings an “HD” option which once enabled, lets you capture 360 degree photos in high resolution and you can even import or view stunning panoramas captured around your location. The best part is that the app brings photosphere integration, and this lets you upload photos directly to the “Teliportme” section. Note that all these photos are saved automatically in your SD card and can be shared across social media platforms. 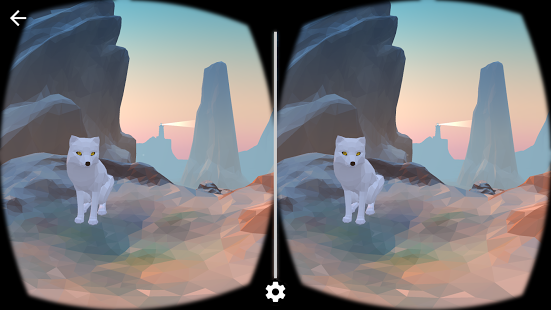 Google’s​ cardboard camera typically makes taking 360 degree snapshot a breeze. Aside from the fact that you can use it to launch your favourite VR experience, it can also be used to watch 360 videos and view stunning photo spheres. Google cardboard app brings a dedicated camera that can be used to take 360° photograph. To do this, pick a spot that inspires you, open the app, then hold your phone in portrait mode. From here, tap the record button and spin/rotate your phone around in a circle. As usual, the cardboard app will direct and give you clues if you are moving faster. So make sure to be slow and steady. Once you’re done, you can view your photo spheres with the cardboard app.

Not to mention but a few, the above apps can also take 360 degree photos on Android. The “Street Panorama View” app can serve as an alternative to Google Street View, since it also lets you travel the world while sitting at your home. For the “Bimostitch Panorama Stitcher”, you can use it to stitch high quality photos into awesome panoramas.