Home How To How to Record Screen On Mac

McQuivey’s Forrester study once opined that if a picture is worth a thousand words, then a minute video is worth 1.8 million words. While some may disagree with this statement, you’ll agree with me that he’s just stating the fact. Videos are gradually changing the world, take YouTube for instance, it is solidly regarded as the most popular video-sharing website on the internet and its daily traffic confirms the claims.

Now you do wonder why it is so. Not everyone on the web cherish the idea of reading long articles containing how-tos that often requires full attention. Most of the internet users you see out there prefer to watch video tutorials to get things done quickly. This is where screen recording comes in to play.

Also Read: How to Record Screen On iPhone Without Jailbreak

There are obviously a slew of reasons why you may want to record your device’s screen. Ask a front-end developer and he do plainly tell you that screen recording is the most powerful reporting tool ever. This is simply because it saves time, explains things more vividly and above all understandably.

As a marketer, instead of pening down how something works, you’d just skip the hassles and send a short video to your apprentice. Now knowing how essential screen recording is, we decided to write down a brief tutorial on how to record screen on Mac. Don’t worry, the whole process is as easy as pie and we are going to unravel the three ultimate methods that works.

1. Recording Your Screen On macOS Mojave

macOS High Sierra was a great operating system to begin with, but it’s now passé and this is all thanks to the newly released macOS Mojave. Introducing loads of new features like dark mode, finder enhancement and dynamic desktop, you’ll agree with me that it is a better and smoother upgrade than its predecessor.

One of macOS Mojave’s new goodies is the screen recording feature integrated in the screenshot toolbar. It comes in handy for users looking to record activities they perform on their screen to enable them explain complex projects painlessly without scribbling down anything. So let’s quickly guide you on how to record your screen on macOS Mojave (that’s if you have already installed the update). 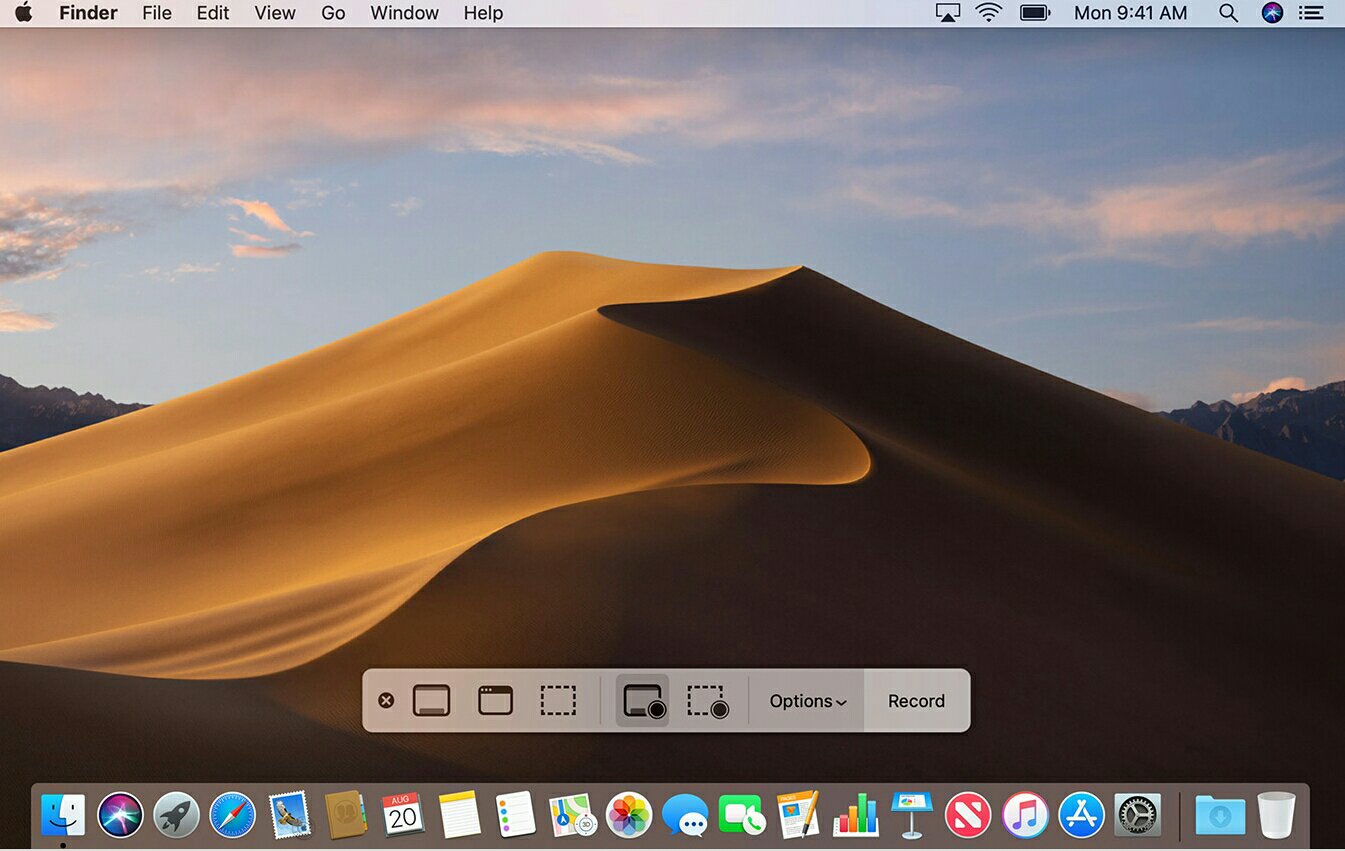 If you haven’t installed mojave yet, then chances are you’re still running the older MacOS High Sierra. The good news however is that we have found a stable, reliable and feature-rich screen recorder for Mac and it does bring all the tools you’d ever need as a professional or beginner.

We’re talking about Movavi’s own screen recorder for Mac, one of the highest-rated screen recording software that packs a ton of functionality plastered in an intuitive user interface. With just $60, you’d get to utilize its video editor and this is handy if you’re looking to add filters, titles and transitions to your recordings. It’s really a one of a kind screen recorder and its output is second to none. So here’s how to install and use it. 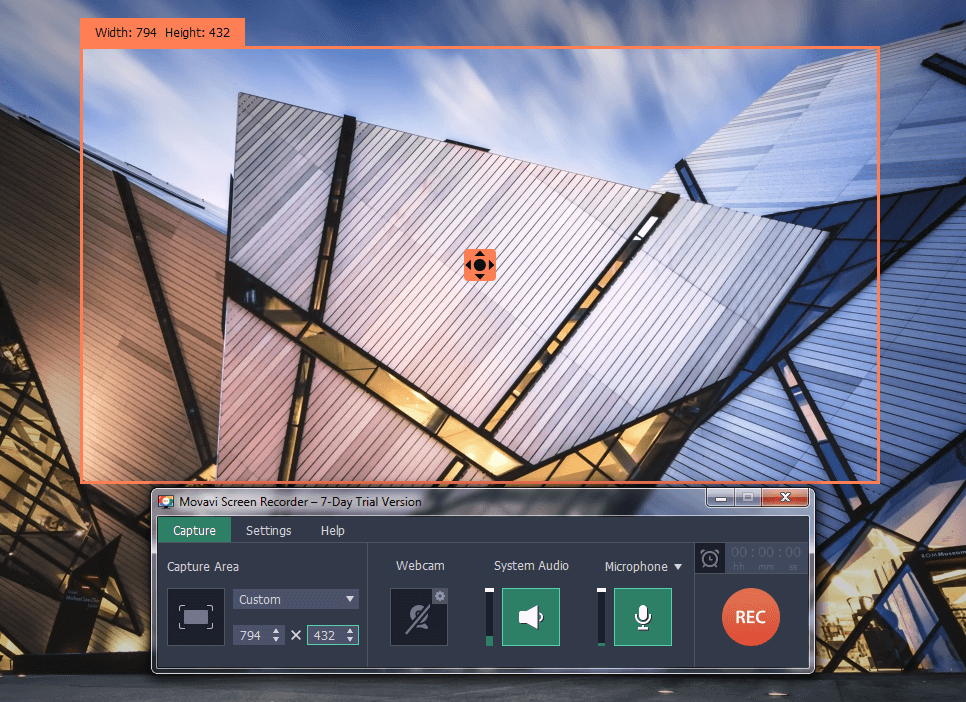 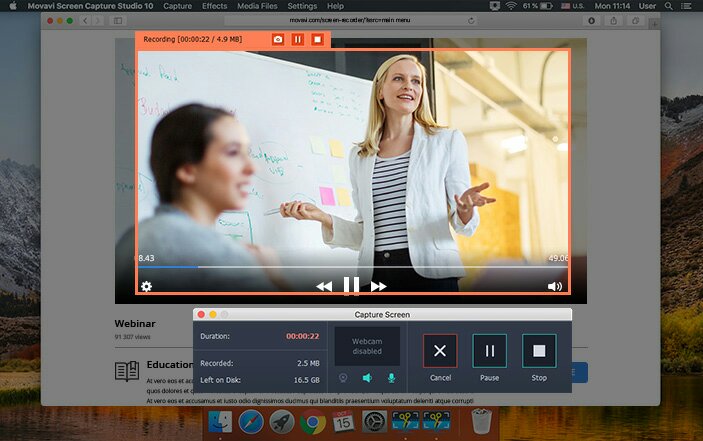 If you haven’t upgraded to Mojave or you simply do not want to use movavi’s own screen recording software, then you have one last option left and that is QuickTime Player. It’s literally an app pre-installed on every Mac to enable users record, edit, save, play and share audio and video files easily and you’d be glad to hear that it comes built-in with the screen recording feature. So let’s quickly walk you through on how to record your mac screen using the QuickTime Player app. 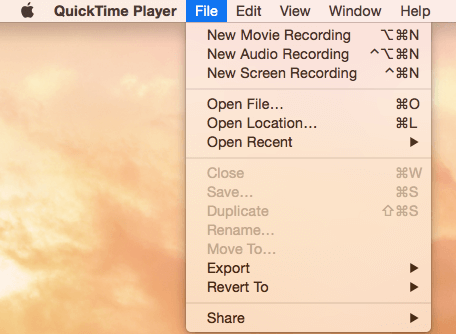 Under Options, simply choose Show Mouse Clicks in Recording (I.e if you’re looking to show black circle around your pointer when you click during recording).

Samsung Galaxy S10 Phones Are Here, Should You Upgrade?