How to Install Kodi On Xbox One and Xbox 360

Aside from hardcore gaming, the ability to stream movies and TV shows are the other major benefits of owning an Xbox console. They’re literally powerful, but you do know that an awful user interface coupled with restricted media accessibility function can sour a console’s versatility and flexibility. Thankfully, the ubiquitous media player app (kodi) has re-launched on the Xbox One and this time, it is more faster. To recall vividly, kodi spawned as an open source project for the original Xbox console and back then (2002 to be precise), it was dubbed XBMC (Xbox Media Centre). Fast-forward to this day, kodi on Xbox one, Xbox 360 and One S  is getting pretty much stronger with tons of integrated features.

Similar to what it does on Android and PC, kodi on Xbox makes the set-top box more versatile. With new flexibility, it allows users to access and stream media contents without worrying about DRM and compatibility issues. So if you have had a huge library of pirate downloads or illegall files secured, then you should be able to play them on your Xbox console via Kodi without any hassles. This however is all thanks to Kodi’s support for a collossal number of third-party add-ons. Now without further ado, here is how to Install kodi on Xbox One and Xbox 360 with little or no minimal fuss.

Installing Kodi On Xbox One

The steps to install Kodi on Xbox one is as easy as ABC. The whole process can be carried out within seconds provided you have a strong and stable internet connection. So to begin with, fire up your Xbox one and ensure you’re signed in and connected to your home network. Now navigate to the store section and type in Kodi.

You do be presented with a ton of results, simply select kodi from the list and hit install. The downloading process should begin by now, exercise patients until it’s completed. Then click on the Launch button to open it. 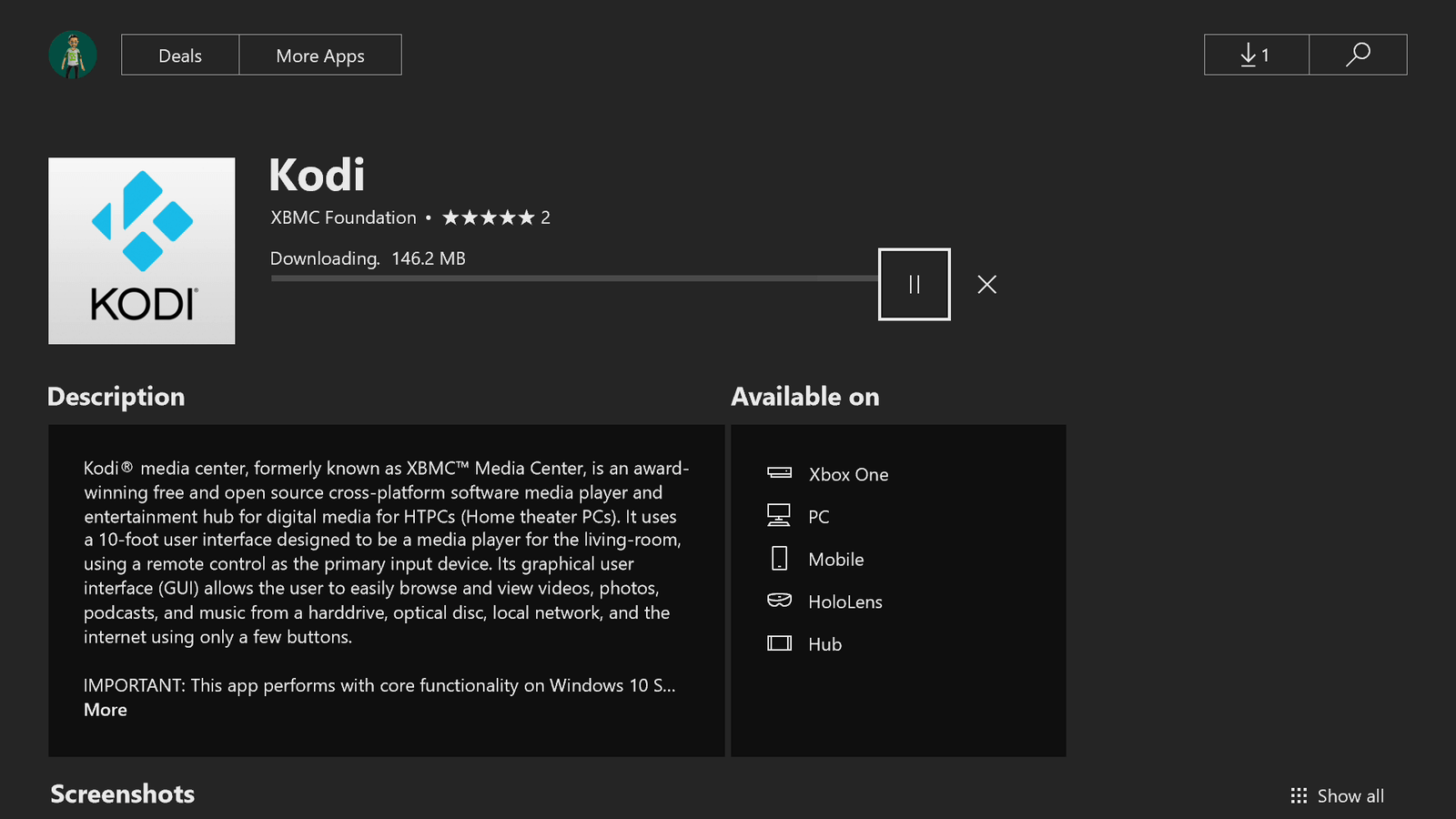 So that’s how simple the whole process is. As of this writing, kodi on Xbox one is still in Alpha. In other words, it’s in an early stage of development which means that it’s currently unstable and lacks most of the features seen in the stable version. This should not come as a surprise as it’s still a work-in-progress and based on the upcoming Kodi v18 leia edition.

It’s pretty tricky to get kodi to work on Xbox 360. But we have found a workaround that works without qualm. This is all thanks to the UPnP/DLNA feature built within kodi. Now you must be wondering what the heck is UPnP/DLNA and how it can be used to run kodi on Xbox 360. UPnP simply stands for Universal Plug and Play, while DLNA stands for Digital Living Network Alliance. Both services goes hand in hand, in such a way that it allows the multimedia devices connected on your home network to communicate with each other.

Most of the UPnP/DLNA complaint devices can stream local video, picture and audio files over a local network. So since kodi offers support for UPnP/DLNA, you can easily use it to share your media library to your Xbox 360. Here’s how.

To begin with, fire up kodi on your firestick, raspberry pi or anywhere you have had it installed. Directly from the home screen, click on the Settings icon that looks like a gear, then select Service Settings on the next page.

A new window will appear, simply select the UPnP/DLNA option visible on the left panel, then click to toggle on Share my libraries followed by Allow Remote Control Via UPnP.

Once this options are enabled, your current device will now be able to share kodi libraries to other UPnP/DLNA compatible devices.

Now launch your Xbox 360 console and select media player from the home screen. On the next screen, you’ll see your kodi application.

Now assuming you choose video library, click on the TV shows folder that will appear on the next page, then select your preferred category. 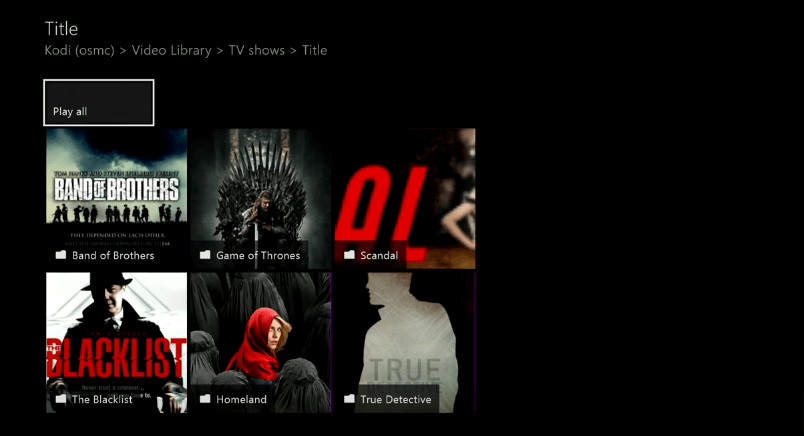 You should now see all the videos available on your kodi and you can painlessly stream them within your Xbox 360 without hassles.

Getting kodi to work on Xbox One and Xbox 360 isn’t that difficult, and this is probably due to the fact that kodi is platform agnostic. So go ahead and utilize kodi on your Xbox One and 360 console. It’s free and works smoothly

How to Install Filelinked on Firestick