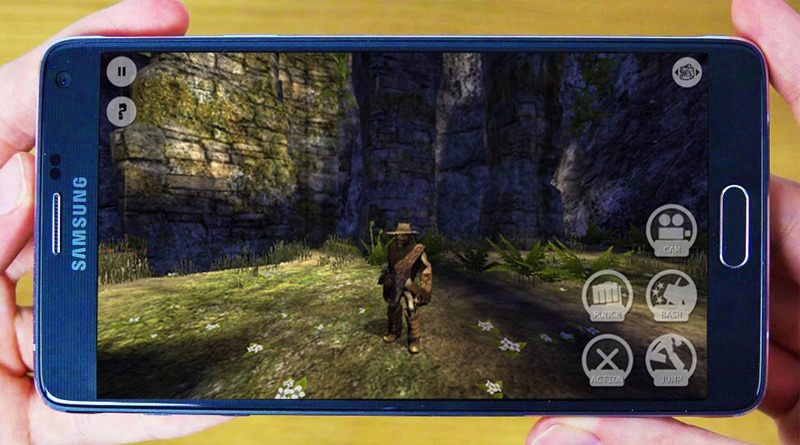 Oddworld was first released on the original Xbox in 2005, upon its launch there was a lot of critics, but the game later became a successful video game that’s been around on various platforms. I’ve on several occasions come across this video game on the Google Play Store, but had sheepishly skipped it perhaps due to the fact that it didn’t set the world alight when it was debuted. Having installed and played the game on my device, i realised it was a perfect console port done right. The franchise was really interesting & filled with suspense, so i thought it’d be wise if i could (you know) write a review of the game since it livened up my expectations. 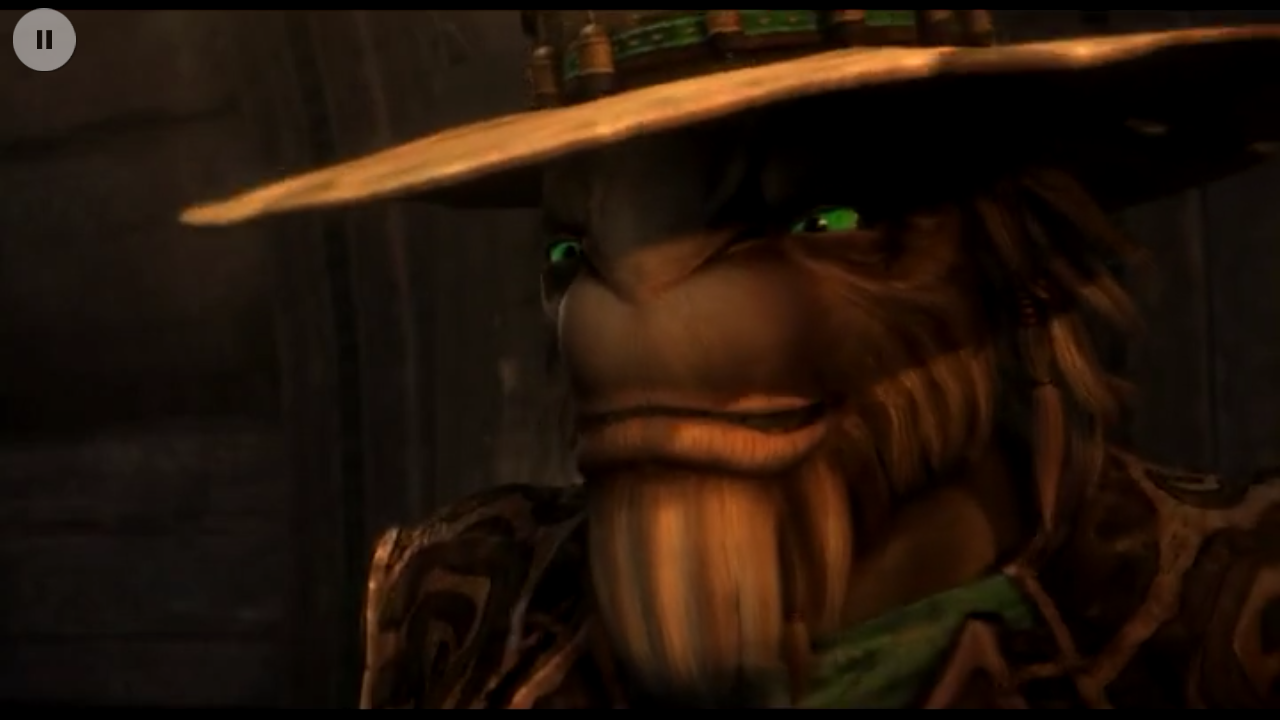 The masterpiece “Oddworld Stranger’s Wrath” is a bit of a strange game, i came to discover (during gameplay) that alot of things looked very odd. The game “kicks off” in a planet dubbed Oddworld where most of the species seem anthropomorphic. What baffled me in the game was that these inhabitants (cantankerous townsfolk) seem to talk and behave like normal people would. I guess that’s what made the story absorbing. The character is named Stranger by default, and in reality he’s a Minotaur who hides his real identity in the form of a human while chasing and capturing most of the dangerous and bad guys in exchange for some “Moolah” (A currency used in the game).

Oddworld Stranger’s Wrath begins bearing Stranger who is actually a drifter turned bounty hunter as its protagonist. Having realised​ he’s sick and needs the sum of 20,000 Moolah for a surgery​ that will save his life, he took the heroic task of hunting and bagging most of the “belligerent outlaws” in the dusty, undeveloped wastelands of Western Mudos in other to make the desired sum of money. Stranger was given an option to either bring the town criminals alive or dead. Although bringing them alive is four times more profitable but yet quite difficult. As the story develops, you’ll have to control stranger and help him to collect a handful of bounties which he’ll later cash out at the “General Store” and use some of the money to replenish and upgrade his ammo/weapons while saving others for his surgery. 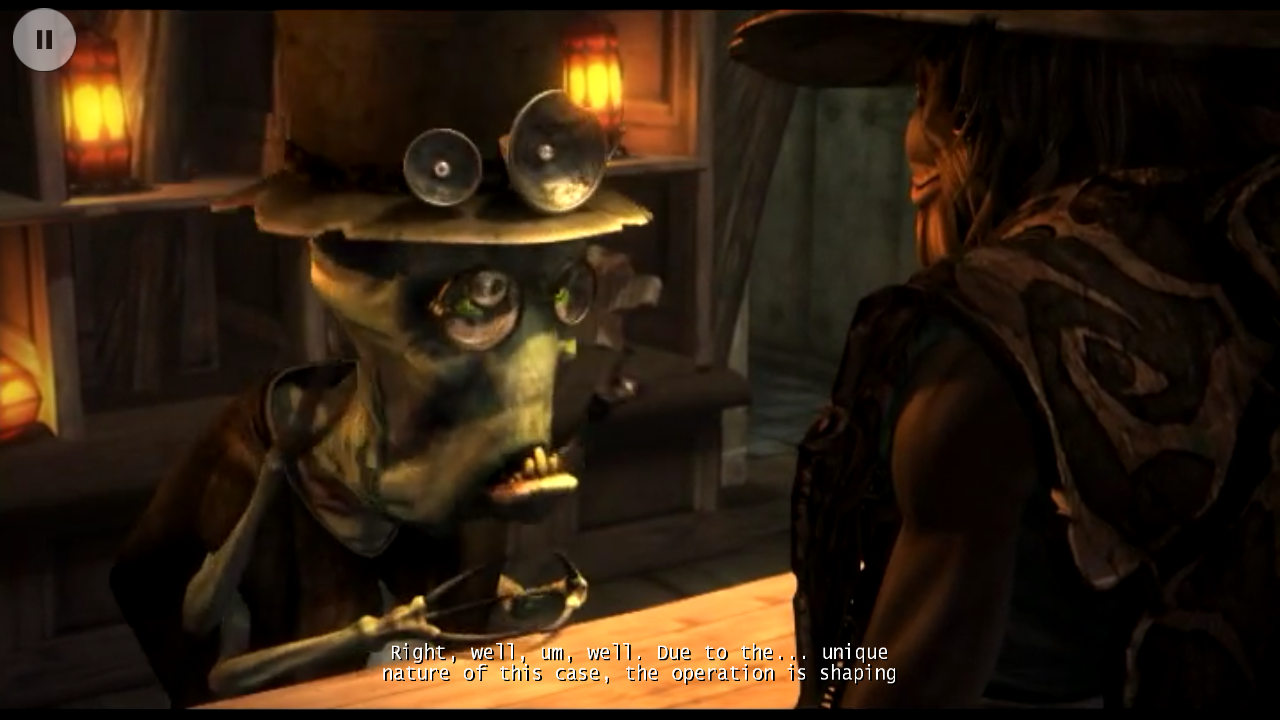 The ‘Oddworld’ city is quite large, and when you move to another town to collect bounty, you’d realise you can’t find your way back to the previous town expect if you had paid lots of attention to the road and hence was able to remember them vividly. As the game progresses, stranger was able to collect all the bounties and thus things started getting more personal and he’d need to focus on his surgery. The last bounty he collected was a big one as he was offered to be paid the sum of 20,000 Moolah which is the exact amount needed for his surgery if only he’ll be able to capture a certain creature. What stranger was hunting & who’s paying for the bounty later came to light when he discovered that the doctor who was suppose to perform the surgical operation on him had been killed. Now he realised (after his true identity was revealed) that the only way to be accepted into the society was for him to hunt down and kill a “steef” as he turned​ from becoming the hunter to be the hunted.

Oddworld Stranger’s Wrath proves to be one of the best open world game on Android with a tremendous narrative storyline. The graphics isn’t bad either and looking at the dialogue that comes up occasionally, you do concur with me that everything has been well structured and perfected. Coming to the control, Oddworld was able to work in two folds by merging between a third person & first person shooter perspective. There is a unique double-barreled critter-firing crossbow you can use and this once selected automatically switches the game into an fps mode. Left for me, i prefer to explore the oddworld in a third person shooter mode in other to see more of the environments. You can even hide in grasses and wait till your enemies halts pursii 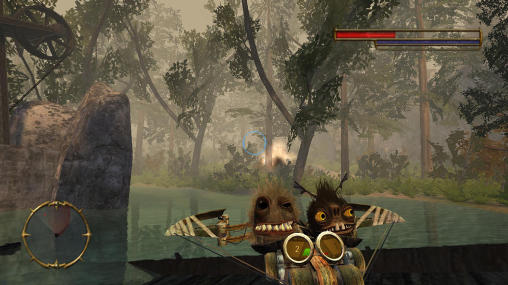 There is a dedicated buttons on the screen that aids you during physical combats with your enemies. With these buttons, you’ll be able to headbutt, punch and shoot at your opponents when you are in a tight situation. You can also stealth and take down some of the criminals unnoticed from behhind. When you switch into a first person mode, you will be provided with two fire weapons & on the third person shooter mode, there’s a button for miscellaneous. Which can be used to interact with the inhabitants and to open switches. All these controls are found in the lower righthand corner of the screen during gameplay. Stranger also has a radar system that helps him to navigate through the town. 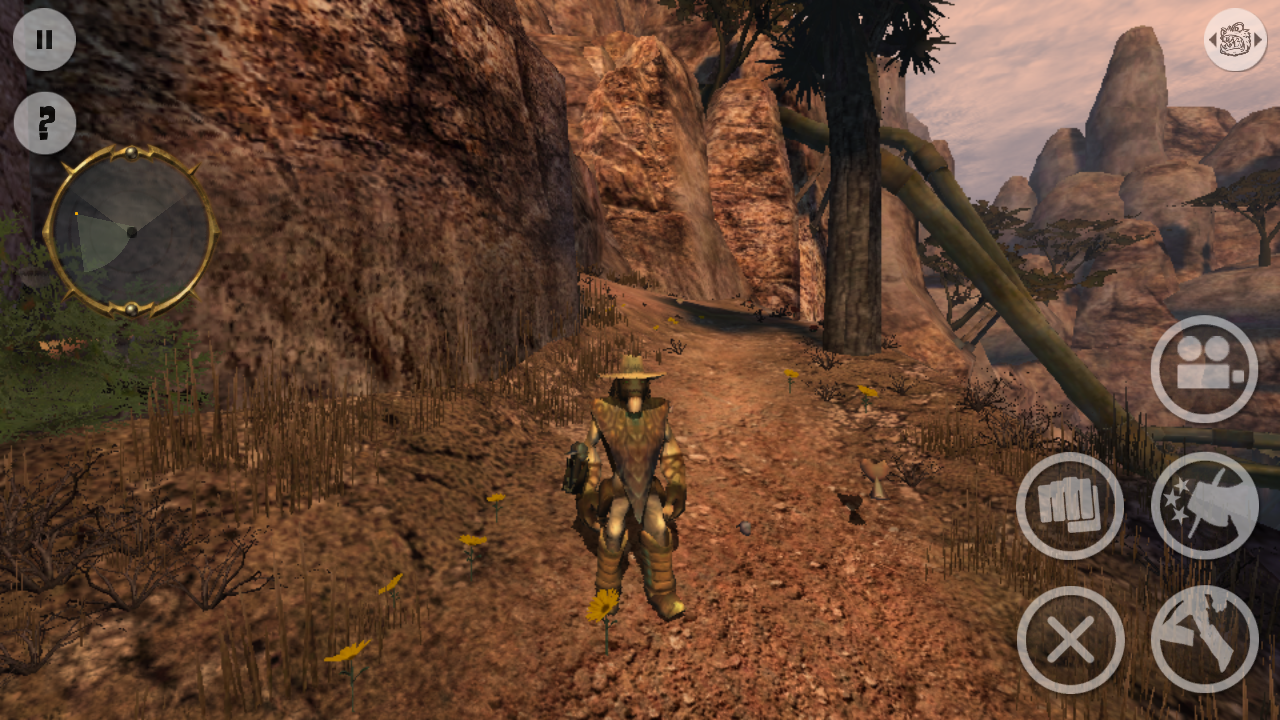 Another thing you might have noticed in the game is the three meter and the icon at the top of the screen. The green meter works as a life meter which replenishes stranger’s  health when you shake your device as you watch stranger beats his chest to knock off the projectiles shot at him. The blue meter serves as stamina, and it determines how often stranger can knock off the bullets. But don’t panic, as the stamina meter recharges at its own. The remaining icon at the top of the screen houses the ammo that stranger’s uses in the game to capture crooks. These ammo are small creatures which you will need to collect while on a bounty mission. Some of the creatures used as ammo are the stingbee and bolamites. You can suck enemy into a contraption and this will boost your stamina even more faster. 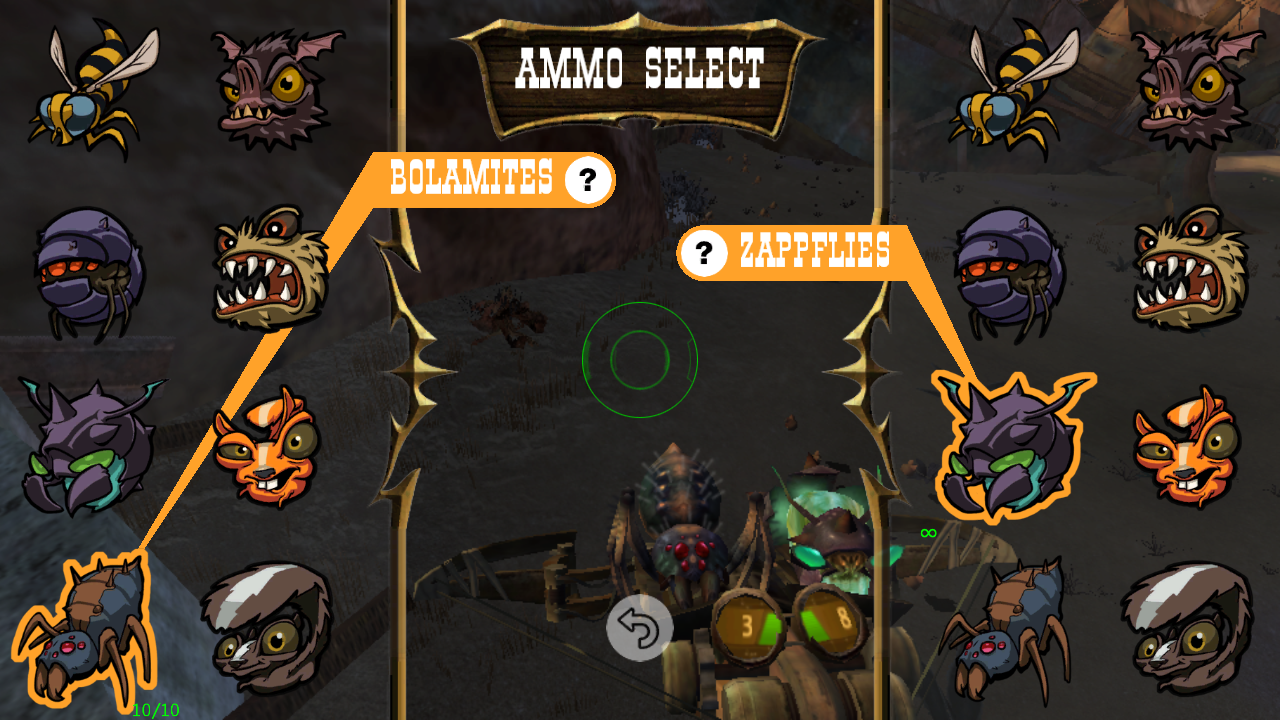 Oddworld Stranger’s Wrath brings a pretty much intuitive gameplay, dragging across the screen from the left moves the character and on the right turns the camera, allowing you to see the environments. The most humourous thing i found in the game was the ability to knock off projectiles whilst shaking your device. This proves how rapid mobile gaming technology is improving, and the soundtrack isn’t bad either as it looks sharp. There’s also an option to save the game and continue from where you stopped during your last gameplay. Thankfully the game supports controller in case you find the controls a bit shady and difficult to operate. Overall, Oddworld Stranger’s Wrath brings a stupendous graphics and the gameplay is quite absorbing.

Download Lucky Patcher for iOS – Is This Real or Scam?